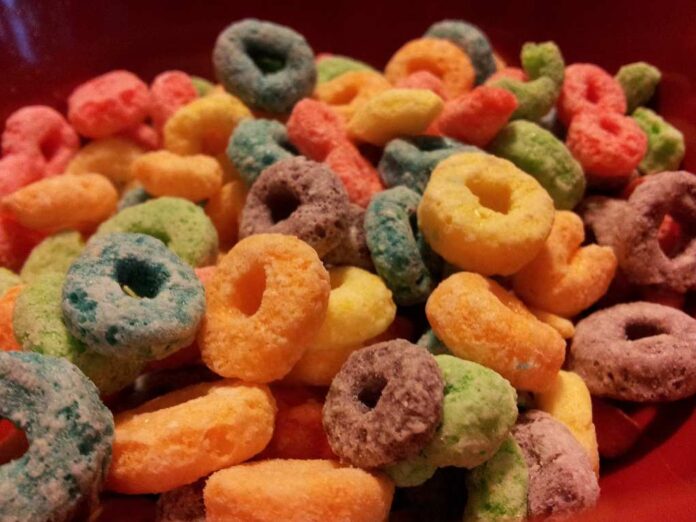 Don’t worry. President Biden has everything under control.

The Biden administration is working hard to tell Americans that the economy is not only stable but strong. They want to ensure that Americans know that they’re not going to pay any more with President Biden in office than if they had kept Trump around for another four years.

The problem is…it’s just not true.

General Mills has already announced that they are working in an “inflationary environment” and warns that they will be hiking prices to compensate.

The cereal company has to focus on their margins – and since they’re seeing costs rise, they have no choice but to raise their own costs. The cost of goods line item is expected to soar by 7 percent.

Adjusted earnings per share of General Mills stock have already dropped from $1.10 in 2020 to $0.91 in 2021. As households are getting smarter about how they spend money, net organic sales are on the decline.

General Mills isn’t the only one feeling the heat of an inflationary environment, either. Many other packaged food companies are seeing similar patterns in spending as well as in the cost of goods.

Comparable sales are of particular interest to companies like General Mills. The country is no longer in a pandemic lockdown. People don’t need at-home food like they did in the height of the lockdown. Restaurants are opening, farmer’s markets are opening, and more people are headed out instead of staying in.

As General Mills pointed out, “Away-from-home food demand is expected continue to recover in fiscal 2022, though not fully to pre-pandemic levels.”

This is good news for companies that offer packaged food and meals. It means that they will still see quite a few added sales over years prior to the pandemic, such as 2018 and 2019.

The bigger problem is not that General Mills and other companies don’t have comparable sales. The nature in which people purchase packaged foods will ever be evolving.

The bigger problem lies in the costs in which the companies will have to sell their products. Fruit Loops could end up costing 7 to 10 percent more than it did last year.

General Mills sells a lot more than just cereal. They have over 100 brands on the market, including Nature Valley, Pillsbury, Yoplait, and many more. These are popular brands that people enjoy buying from.

A quick trip to the grocery store could mean spending 10 percent more than what Americans are accustomed to spending. The USDA recommends that the average family of four spend approximately $200 a week on groceries. However, at a 10 percent increase, that adds up to an extra $20. For the month, that’s $80 and for the year, it’s almost $1,000.

For a president who said that he was going to be helping Americans, he certainly is costing them quite a bit of money.

If we can anticipate our groceries costing 10 percent more throughout the entirety of Biden’s administration, he’s going to cost the average American approximately $4,000. Combine that with the taxes he’s going to raise and the added amount of money that we spend at the pump…

It’s clear that the Biden administration isn’t doing us any favors.

More Welfare? Sure. More handouts? Sure. And that, everyone, is how socialism begins to look like a good idea.

While we can’t be happy about an inflationary environment, spending $0.30 extra on a box of Fruit Loops is a far cry better than having to stand in bread lines as the government “helps” us.