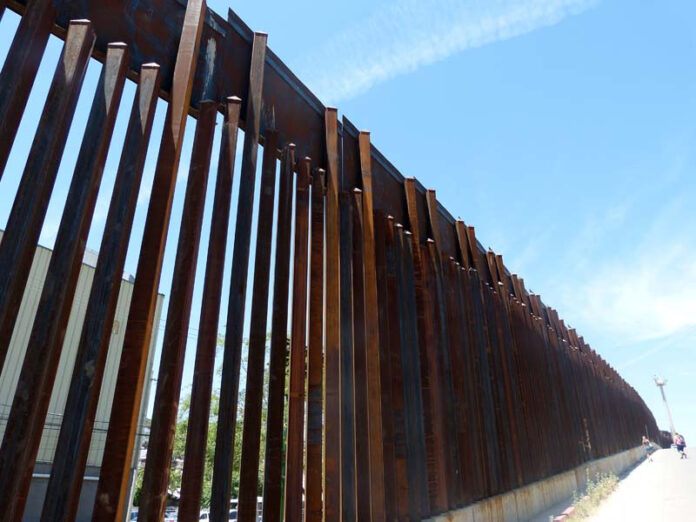 Oh, no…we have illegal migrants entering the country… This is what the Democrats must sound like as they watch the border crisis unfold.

As they work to do something about it, you can see where their priorities lie.

They’re looking to spend more money to help the migrants. Oh, you’re broke? Let us give you stimulus money. Oh, you committed a crime? Let us get you into a sanctuary city. Oh, you don’t have a place to live? Let us help you with that, too.

Entirely too many Democrats have forgotten that the majority of migrants have entered the country illegally. They are not claiming asylum – and even if they did, they don’t qualify. These are not people interested in being tax-contributing Americans. They are looking to get as much as they can for free. If they really had something to offer and they wanted to follow the law, they would have filed for a work visa.

The Democrats have become the party of “do as I say, not as I do.” Although they may say that they’re working on the migration crisis, they’re hardly doing it.

What they are doing is expanding the sanctuary for illegal aliens. As soon as we peek at the House Democrat budget for the Department of Homeland Security, we see everything we need to see.

The funding for the border wall along the U.S.-Mexico border has been revoked. Instead, the funding is going toward an initiative that Biden has presented – providing a sanctuary for as many illegal aliens as possible.

Are we supposed to be turning the migrants away or welcoming them into the country? This is where there is a division in thought.

The Republicans are fully prepared to build a wall to ensure that the migrants stay in their home countries. If you want into the U.S., follow the necessary protocol – enter through a border checkpoint or file for a work visa.

The Democrats are fully prepared to welcome everyone in, whether they swim across the river or jump the nearest fence. Immigration laws? Forget about it, come in, let us fix you a cup of tea, and hear all about your sad story.

Unfortunately, the Democrats control the House Appropriations Committee. Their DHS funding bill for the fiscal year 2022 shows us everything we need to know. They are looking to take the country one step closer to open borders. And while they may say that isn’t true, their funding bill says it for them.

Funds are decreased not only for border controls but also for interior immigration enforcement. That means that once the migrants have been released into the U.S., there wouldn’t be enough money to enforce any kind of deportation. And with the sanctuary cities being erected across the country, deportation becomes even further from reality since criminals get protected in the sanctuaries.

The “sanctuary country” will get expanded upon, with would provide detained border crossers with access to attorneys. ICE wouldn’t be able to let officers arrest those who are suspected illegal aliens. And, the biggest waste of money in the line item is to pay ICE detainees a local prevailing minimum wage for work while they are being detained.

These benefits are better than we give our own citizens.

Representative Chuck Fleischmann, a Republican out of Tennessee, has already figured out what the spending really translates to: “This bill would rescind all prior year’s border wall funds and make it impossible for border patrol and immigration officers to do their job.”

So, when anyone asks why the Biden administration hasn’t done anything about the crisis, it’s because they want to invite the migrants in, not kick them out. The proof is in this disgusting DHS funding bill.