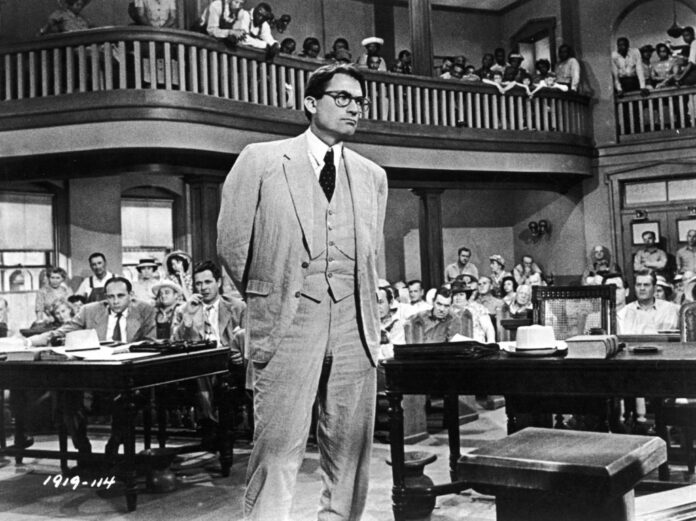 Classrooms at James Gillespie High School in Edinburgh will be denied the novel as wider plans to “decolonise the curriculum” gather pace amid concerns over its “dated” approach to race, according to the Daily Telegraph.

The 1960 work tells the story of a black man in Alabama who is falsely accused of rape by the town’s citizens and later defended by a white lawyer, Atticus Finch.

The book was made into a movie in 1962 starring Gregory Peck as Finch and Mary Badham as Scout and met with almost universal acclaim.

John Steinbeck’s classic novel Of Mice and Men is also being dropped over its use of the N-word, according to Allan Crosbie, the school’s head of English.

The Telegraph says Crosbie informed an online meeting with the Educational Institue of Scotland (EIS), Scotland’s largest teaching union, the move seeks to address the “dated” context of the book.

“Probably like every English department in the country, we still have Of Mice and Men and To Kill a Mockingbird [on] the shelves,” he admitted, before explaining why they will have a diminished position on the school syllabus:

They are now taught less frequently because those novels are dated and problematical (sic) in terms of decolonising the curriculum. Their lead characters are not people of colour.

The representation of people of colour is dated, and the use of the N-word and the use of the white saviour motif in Mockingbird – these have led us as a department to decide that these really are not texts we want to be teaching third year anymore.

Calvin Robinson, a former school governor and policy advisor to the Department of Education, questioned the move, telling the newspaper, “We can contextualise them. Teachers are not just reading the books, they are teaching English literature.”

Robinson added that “We can talk about the use of the N-word and why it is not appropriate for anyone to use. I think it’s ridiculous to cancel the books because of it.

“It’s very sad we are scraping through old texts and judging them by today’s standards rather than teaching them for their literary value.”

This is not the first time the issue of race has been at the center of debate in the British education system.

As Breitbart London reported earlier this year, British naturalist Charles Darwin became a victim of the “decolonise the curriculum” movement, with Sheffield University reportedly claiming his theory on evolution was used to “justify white male supremacy.”

A handbook produced by the university outlined “white saviour” figures such as Darwin serve to overshadow less privileged scientists and scholars and the “whiteness and Eurocentrism of our science” should be deconstructed.

The claim of racial superiority was disputed by Oxford University historian Professor Nigel Biggar, who said: “During Darwin’s lifetime the British Empire was busy emancipating slaves across the world.

“The ‘decolonising’ assumption that ‘colonial mapping’ was all about oppression is false, and the judgement that Darwin should be damned by association is morally stupid,” the professor added.