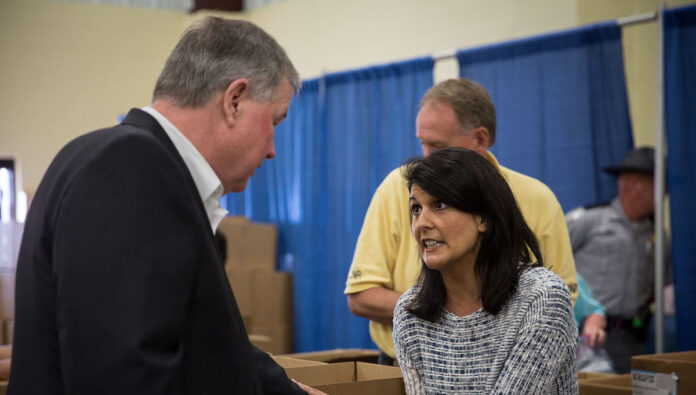 Former United Nations Ambassador Nikki Haley shocked and angered many conservatives when she turned her back on former President Donald Trump in a recent statement, causing many recent actions to be called into question.

Haley made her remarks against the backdrop of the former president’s legal team working on its defense of an unprecedented retroactive impeachment trial before the Senate.

The former Trump admin official also reportedly said that she had not been in contact with her one-time friend since the now infamous Jan. 6 Capitol Hill riots, saying that she takes exception to the president’s remarks where he condemned former Vice President Mike Pence and his refusal to reject the Electoral College results that many considered to be false.

“When I tell you I’m angry, it’s an understatement,” she expressed. “I am so disappointed in the fact that [despite] the loyalty and friendship he had with Mike Pence, that he would do that to him. Like, I’m disgusted by it.”

“There’s nothing that you’re ever going to do that’s going to make him feel like he legitimately lost the election,” she explained. “He’s got a big bully pulpit. He should be responsible with it.”

Haley, who many believe may herself be angling for the Oval Office in one of the upcoming presidential elections, warned that those who are still loyal to Trump will not withdraw their support of him, the way she herself has done, just because he’s no longer office.

“I know how much people love Donald Trump,” she admitted. “I know it. I feel it. Whether it’s an RNC room or social media or talking to donors, I can tell you that the love they have for him is still very strong. That’s not going to just fall to the wayside. Nor do I think the Republican Party is going to go back to the way it was before Donald Trump. I don’t think it should.”

Haley added that people, instead, should “take the good that he built, leave the bad that he did, and get back to a place where we can be a good, valuable, effective party.”

“[I]t’s bigger than the party,” she insisted. “I hope our country can come together and figure out how we pull this back.”

By way of translation, it seems that Haley is warning the political and news elite that the president’s followers (especially those who doubt the efficacy of the election) won’t drop Trump like a hot potato just because he’s not in power and has no immediate discernable value to them.

That may be something that is considered a drawback where Haley is from, but that’s what’s known as loyalty where I’m from, and if it’s tied to the chance to regain free and fair elections, Haley and other governors, former governors, state and federal officials and anyone else who might be concerned about an “uprising” or other civil unrest, might want to note that there is little intention of “falling by the wayside” just because we’ve been put in our place by our armed brothers guarding an illegitimate administration.

However, Haley, in her infinite wisdom is also sure that Trump can’t win the election in 2024

In other words, Trump supporters will continue to have supporters, but they won’t be able to get him elected again. Well, if Haley’s buddies are able to continually taint election results, she’s probably correct.

The self-fulfilling prophecy will then, of course, come true, but it won’t be a shock, because they told us it was coming. It’s like the sickest version of a salted mine, but the miners don’t get paid and the mine is caving in.