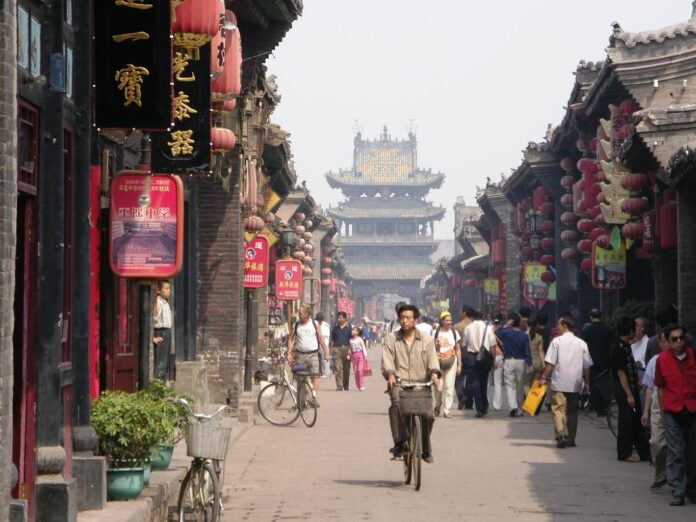 Officials in Communist China are trying desperately to restore their good name. Immediately upon the coronavirus being unleashed on the citizens of Wuhan, China, the commies were deemed guilty of the most horrific crime in modern-day world history. It was done intentionally.

According to the citizens of the world, China had launched biological warfare and had no qualms about needing to sacrifice of few of their own to successfully pull off dominating even the atmosphere above.

Roughly one year following the World Health Organization telling us to seek cover in our basements, and after lots of reputable debunking accomplished along the way, the original conspiracy still won’t die. But it’s hard for it not to.

Sure the WHO warned us to pay no attention to the endless barrage of misinformation being thrown at us. But. It’s far too difficult these to decipher true information from liberal gobbledegook. But it’s the Chinese who are the most guilty of not letting the rumors die. They want to keep them alive long enough to concoct a believable enough fairytale to prove their innocence.

Some believe that Russia or Iran was behind the virus. The Associated Press, along with the Atlantic Council’s Digital Forensic Research Lab, spent nine months analyzing state-sponsored disinformation. Researchers reviewed millions of social media posts to determine the king of all theories.

The biggest claim is that the virus was first created in the United States. It then somehow in an as of yet undetermined mode, made into the paws of the Chinese government, where they chose to weaponize it. Sound about right?

For the reason of little sense, Chinese officials are attempting to play down claims from QAnon, conservative newsgroups, Republican Senators, and even former President Donald Trump himself, saying the virus was birthed in China. Either way, they were still bad little Communists.

Officials in Beijing made the claim of how they have been taking to the pages of Western social media to offer up their plate full of facts, while at the same time promoting friendship. They also claimed to be taking a firm stance against those with the intent of politicizing the pandemic.

“All parties should firmly say ‘no’ to the dissemination of disinformation,” China’s Ministry of Foreign Affairs said. “In the face of trumped-up charges, it is justified and proper to bust lies and clarify rumors by setting out the facts.”

So China is trying to set us straight on what really went down. Yeah. China. As a fact of interest, since 2019, Twitter has seen the number of Chinese Diplomat user accounts triple, while they have doubled on Facebook.

In all actuality, where the virus originated is of the utmost importance in terms of further fighting the pandemic, and in preventing a possible reoccurrence. This is precisely why the Chinese try their darndest to keep the waters murky.

“This is like a virus, like COVID, a media pathogen. We have a double pandemic — the real pathological virus and the pandemic of fear. The fear is what is really at stake,” said Kang Liu, a professor who studies world politics and the Chinese media at Duke University. Liu said that due to a fountain of misinformation we experiencing a double-pandemic of sorts.

According to a Pew Research Center study, the misinformation is so confusing that one in three Americans believe the virus to have been created in a lab, while one in four thought engineered to be used as a bioweapon. COVID-19 naysayers and anti-maskers only spread the virus further as a result of being spurred on false info.

Even with the many varying theories available to suit anyone’s particular taste, all roads still lead back to China, and the reasons why they are so desperately attempting to prove their innocence. Even if they have to create the idea on social media. Careful out there…