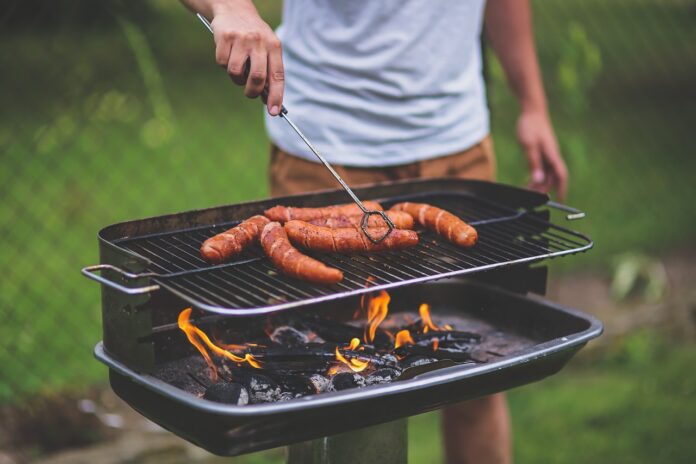 Have you been waiting for some good news out of Washington D.C.? Well the Bided administration just released some economic information just in time for your 4th of July holiday.

Democrat President Joe Biden’s administration bragged on Tuesday that because of his efforts, Americans will save about $0.16 on the cost of the total amount of food that they’ll consume on the Fourth of July. That number above is not a typo!

The Biden administration tweeted this boast from the official White House Twitter account. If the lame savings wasn’t cringe-worthy enough, the tweet came with a Dad joke pun that was widely mocked: “Planning a cookout this year? Ketchup on the news,” the White House tweeted.

The tweet continued: “According to the Farm Bureau, the cost of a 4th of July BBQ is down from last year. It’s a fact you must hear (d). Hot dog, the Biden economic plan is working. And that’s something we can all relish.”

It’s just too bad we can’t afford the gas to get us to the grocery store!

Unfortunately, the White House administration’s claims and the graphic it used in its tweet were rather deceptive for a number of reasons. The administration used information from the American Farm Bureau, and it only used 12 items for its claim that food for the 2021 celebration would be less expensive that in 2020.

Planning a cookout this year? Ketchup on the news. According to the Farm Bureau, the cost of a 4th of July BBQ is down from last year. It’s a fact you must-hear(d). Hot dog, the Biden economic plan is working. And that’s something we can all relish. pic.twitter.com/7h9qLauIbC

These are some of the food items that were not included on the list: steak, soda, alcohol, condiments, tea, hot dogs, corn on the cob, ribs, etc. The Farm Bureau did not respond to a request to release the average price of other foods across the country.

Biden’s administration claims that saving Americans a total of $0.16 on a very small list of items is proof that “the Biden economic plan is working!” But inflation is rising, millions of Americans could soon face evictions, and Biden has faced terrible job report numbers. Gas prices are higher now than they were under former President Donald Trump and are the highest they’ve been since 2014. And it is not going to get better any time soon. AAA reported this week that they expect “crude oil prices to likely continue climbing following the holiday and through the end of summer.”

Top Democrat economists have indicated that the economy is at serious risk of overheating. Fear may drive this because now 85% of Americans are worried about inflation. Top investors report that the Biden administration “just continues to pour more gasoline on [the housing market] fire” which they said is “making inequality worse” because “you end up subsidizing the rich at the expense of the poor.”

To top the lunacy of the tweet off, Biden’s own administration has said that food prices are, in fact, increasing.

It appears Biden is doing so badly on the economy that according to Reuters there is “an erosion in support … mainly from fellow Democrats” with “a growing number of Americans [that] disapprove of Biden’s leadership on the economy.”