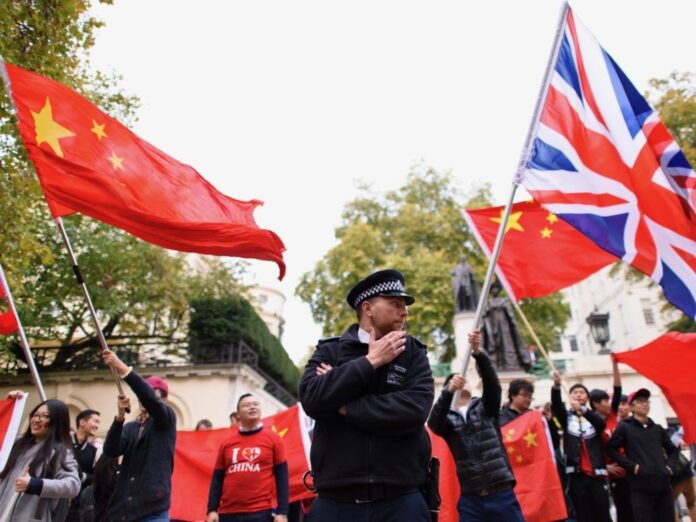 On Monday, Dutch semiconductor manufacturer Nexperia, which is controlled by the China-owned electronics firm Wingtech, took 100 per cent control of the Newport Wafer Fab’s factory in South Wales after using a contractural clause to seize the company.

In 2019, Nexperia signed a contract to support the factory in exchange for Newport Wafer Fab putting up its factory as collateral. After the British company was unable to fulfil the manufacturing quota obligations in the deal, the Chinese owned enterprise was able to take full control of the factory, The Telegraph reported.

The Welsh firm, which produces silicon chips for the automotive industry and has been developing next-generation “compound semiconductors”, has been hard hit over the past year as the Chinese coronavirus crisis resulted in a global chip shortage. Nexperia has agreed to pay out GBP65 million to pay off Newport Wafer Fab’s debts in exchange for taking ownership.

Prior to the Chinese takeover, Newport Wafer Fab had called on the British government to step in and prevent the sale and to help find alternative funding sources. Yet, despite the concerns over national security, the Tory government did not intervene.

The move is reminiscent of China’s Belt and Road ‘debt-trap diplomacy’, in which the Communist nation offers predatory loans to developing nations throughout Asia, Africa, South America, and Eastern Europe for infrastructure projects — often built with Chinese labour and materials — and when the countries fail to repay the loans, the CCP seizes the assets.

Questions have been raised as to why the UK government did not use the recently enacted National Security and Investment Act to prevent the sale to the Chinese on national security grounds, as microchips and semiconductors have been highlighted by both the United States and the European Union as one of the key areas of concern in preventing Chinese technological dominance.

Speaking to Breitbart London, Hong Kong Watch chairman Benedict Rogers said: “This is yet another example of the naivety and lack of wisdom in our relations with the Chinese Communist Party regime and our failures to secure our critical industries and infrastructure.

“To allow a takeover of this kind is simply inviting threats to national security. The National Security and Investment Act was designed to prevent such takeovers, and so I hope that this deal will be urgently reviewed under that legislation.”

The head of the government’s China Research Group and chairman of the Foreign Affairs Select Committee, Tom Tugendhat, said: “Many of our allies have expressed serious concerns about this deal.

“This is the first real test of the new legislation since its introduction in April. The Government is yet to explain why we are turning a blind eye to Britain’s largest semiconductor foundry falling into the hands of an entity from a country that has a track record of using technology to create geopolitical leverage.”

In a letter to Business Secretary Kwasi Kwarteng last month, Tugendhat warned: “With the world experiencing a shortage in semiconductor production and companies and countries competing over the limited supply that exists, it is crucial that the UK protects its strategically valuable manufacturing resources.”

Responding, the Tory government minister claimed that the Chinese acquisition has been “considered thoroughly” and was determined not to be a threat to national security.

Mr Kwarteng said that the government “will continue to monitor the situation closely and use our powers if appropriate”, but at present, the government considers it to be a “commercial matter” under the jurisdiction of the local Welsh government.

A Welsh Government spokesman hailed the deal for saving 400 jobs and for the local government recouping its investment “with interest”. The spokesman added that issues of Chinese ownership are a matter for the UK government.

Brexit Party leader Nigel Farage warned last year that Communist China was looking to exploit the “fire sale” of British businesses hard hit by the Wuhan coronavirus to buy up “vast swathes of our strategic and manufacturing industries”.

In March of 2020, the Communist Party-linked Jingye Group completed its takeover of British Steel, which accounts for one-third of the UK’s steel production.