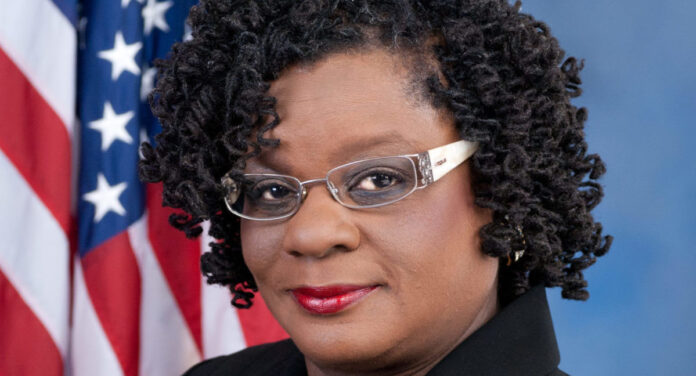 The life circumstances into which a person is born often determines the direction of their future. The offsprings of the elite are provided with golden slippers while those born in the slums of Chicago are shoving cardboard slats into their shoes to cover the holes.

For the silver-spoon kids, life is grand. They’ll easily get into an Ivy League University where they’ll immediately proceed to party like hell with a credit card not belonging to them until they are one day handed the family business and proceed to run it into the ground.

Children born into impoverished conditions aren’t provided with any of the luxuries as their upturned collar peers. While those fortunate sperm recipients are learning to excel at golf, the poverty-stricken kids they couldn’t care less about are learning to survive. If those kids even catch the glimpse of a dream, that’s on them.

At a recent committee hearing, Rep. Kevin Hern (R., Okla.,) felt it pertinent enough to the discussion to share the story of how he had managed to pull his bootstraps out of the impoverishment he had exited his mothers birth canal into.

Humbly standing before the House Ways and Means Committee, Hern’s painfully shared remnants of the poverty-stricken childhood he has vowed to never lose sight of. From day to day he never knew “if the lights would still be on … or if there would be food on the table.” He vividly recalls extended periods of hunger and having to attend school with an empty stomach.

Herns’s tales of childhood woes were all the while leading to his point of ultimate importance. The US government had actually incentivized his stepfather to sit at home on his butt rather than look for work by loading him up with free stuff, inclusive of giving him money.

Technically it’s called “government aid” and it’s relatively easy to get if you know the game well enough. The only qualification for scoring this windfall is being poor and learning to remain that way.

It isn’t unusual for children to strive to achieve at least as much as the person who is steering and guiding them through life has. But in the cases of the impoverished, that lesson is all too often how to live on someone else’s dime.

Hern had been voicing his opposition to Biden proposing the boosting of unemployment benefits over the next five months as part of his already skyrocketed $1.9 trillion coronavirus relief package. Hern made the point of there already literally thousands of citizens who have become complacent enough to turn down available jobs in favor of binge-watching Netflix.

They’ve learned to adjust and it ain’t so bad.

His story had been shared in efforts to help his Republican colleagues drill their point through the numb skulls of the Democrats in attendance.

But Democratic Representative Gwen Moore of Wisconsin didn’t see it that way. She rared back and let her accusations fly.

“Listen, colleagues, the lazy stepfather welfare queen boogeyman troll must not be paraded out again to steer us from our imperative to intervene in this national crisis. These families, these children, need our help right now.” Yeah. She said that.

Republican spokesman at Ways and Means, J.P. Freire, rushed to Hern’s defense by making it clear how Democrats are as free as Republicans to disagree with anyone’s stance on any matter, but mocking the misfortune of a fellow colleague is uncalled for. Especially one who overcame their diversity.

Folks replying to this thread: Any familiarity with crushing poverty and its terrible correlation with abuse/neglect might not want to dunk on someone sharing how their experience motivated them to escape it.

Disagree with his policy point, sure, but maybe don’t mock hardship.

Freire summed his feelings up in a tweet. “Any familiarity with crushing poverty and its terrible correlation with abuse/neglect might not want to dunk on someone sharing how their experience motivated them to escape it. Disagree with his policy point, sure, but maybe don’t mock hardship.”

Biden’s team has proposed adding an additional $400 per week to individual state benefits which would continue through the summer. We can only agree with Hern’s logical view of this not being the proper way to “put America back to work.”

As for Moore’s foul-smelling mouth…her fellow Dems won’t even listen to her so…How do you feel about Biden’s plan to slowly indoctrinate America into the clutches of Socialism? Are you liking him so far?