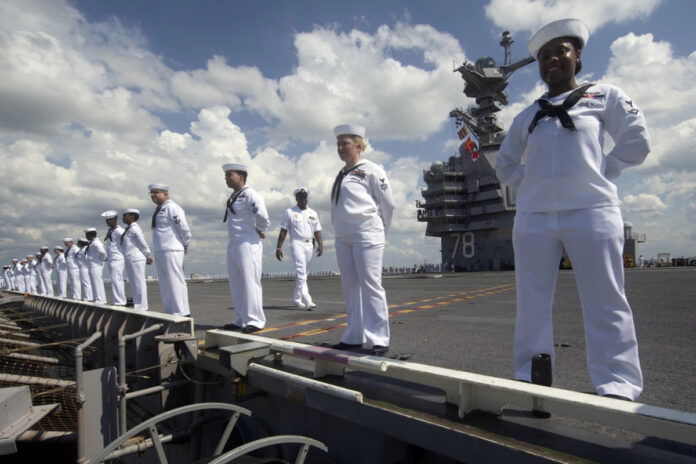 When we’re supposed to be focused on unity, talking about race constantly can make it difficult. It seems as though every time we turn around, we’re talking about whether every white person is inherently racist or if Black people need to receive special treatment.

While talk about racial issues are important in some environments, is it affecting the mission inside of the military branches?

Uniformed leaders throughout the Navy, Marine Corps, and Coast Guard have decided to come together to discuss how the military has begun to heavily focus on diversity and inclusion within the ranks.

While many argue that the military has focused too narrowly on race and become almost obsessive about it, maritime service chiefs push back against the criticism.

Many Republicans have expressed concern that the military has gone too far, with training that is similar to an “anti-American indoctrination.” Senator Tom Cotton of Arkansas is one of the louder members of Congress to point out problems.

The military is just one sector that has had to refocus on race, particularly as a result of the death of George Floyd – a black man killed at the knee of a white police officer.

During the annual WEST naval conference, maritime chiefs were asked about the service becoming “too woke.”

Chief of Naval Operations Adm. Mike Gilday explained that it wasn’t grounded in facts. He goes on to say that “We’re definitely focused on warfighting first, readiness first, but an essential element of that readiness has to do with people.” Gilday has seen firsthand how diverse teams are capable of outperforming the teams that are not as diverse.

Gilday goes on to explain that talking about racial issues can close the gaps. By making the ranks look like America, it builds a stronger Navy.

There’s a difference between closing racial gaps and going above and beyond to ensure that Blacks, specifically, are being treated differently.

Diversity is important, but troops want a cohesive unit. They want to know that everyone in their unit has gotten there because they all put in the work. They all went through the same training and they’re all going to get the same level of punishment if something goes wrong.

Marine Corps Commandant General David Berger explained “Since we draw from that society…we want servicemembers to read widely.” He echoed some of what Army General Mark Milley said during a Congressional meeting at the end of June. The goal is not to focus too narrowly on such issues. However, the goal is to ensure that servicemembers are well-read on the various thoughts and theories that are found throughout today’s society in America – and that includes divisive topics such as critical race theory.

None of the maritime chiefs are saying that they want to adopt critical race theory. They do want troops to know about it, though. It will allow them to understand the theories found in society so they can be aware of how divisive things can be.

Coast Guard Commandant Adm. Karl Schultz added to the comments made by the others to say that “We’re working hard to be an inclusive organization.”

Inclusion is one thing. Division is another. It seems that the military is content to ride the middle of the line at the moment as a way to keep the peace between the parties. They also know that if they stray too far to the left, they could lose a significant number of servicemembers.