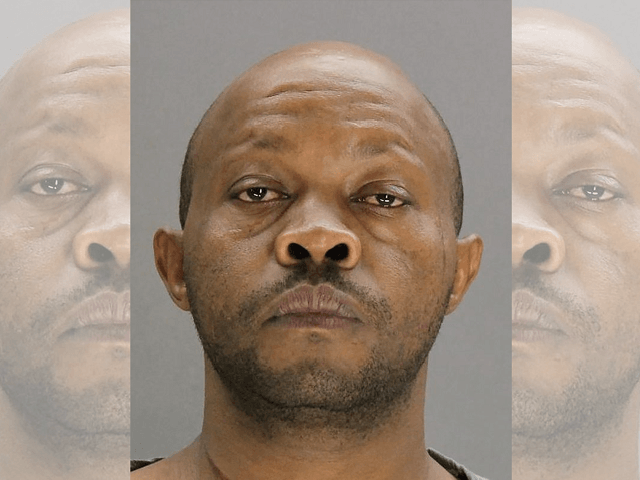 At what point did the criminal justice system turn in favor of illegal migrants? How we treat American citizens should be how we treat illegal immigrants, too. Yet, that’s not the game that the liberals want to play.

Anyone who is accused of murdering 24 people should get the death sentence. You don’t accidentally murder 24 senior citizens. It is calculated, and it is something you should have to pay for with your own life.

Oh, but the story is different with Billy Chemirmir, an illegal alien from Kenya. He’s being accused of murdering 24 elderly Americans in Texas from 2016 to 2018.

The Dallas County District Attorney, John Creuzot, has recently announced that the office will not be seeking the death penalty. Okay, well surely, they’re focusing on deportation, then, right?

Nope. The prosecutors will seek life in prison for Chemirmir. They’ll only be pursuing two of the 18 capital murder charges. All of the other charges are expected to be dismissed.

Creuzot has already spoken with the families of the victims to explain that the goal is to secure two convictions with two jury trials, both with automatic life in prison sentences. Those would be served consecutively. As the DA explains, “There will be no chance for Mr. Chemirmir to die anywhere except in a Texas prison.”

Is that really the acceptable solution, though?

According to Creuzot, the death penalty isn’t being used as often because society doesn’t accept it.

It’s a long list of victims, with all of them being female between the ages of 75 and 94-years-old.

It costs approximately $30,000 a year for a prisoner to be maintained. Life in prison is quite the expense – especially when the illegal alien could be deported back to Kenya. After all, why should the United States be responsible for paying hundreds of thousands of dollars to maintain a prisoner that isn’t even one of our citizens?

Every year, people are subjected to the death penalty. It’s not a penalty that is issued often – and it’s carried out even less often. However, there are times when it is warranted. After allegedly killing over 20 elderly people, most of society would likely say that it is warranted.

Chemirmir is, essentially, a serial killer. However, he’s getting special treatment because he is an illegal alien – and the liberals can’t bear to give him the death sentence. So, they’ll put the financial burden of keeping him alive on the taxpayers.

Chemirmir is exactly why there are so many illegal immigrants that need to be deported. He overstayed a visa – and now he’s been here for entirely too many years. He’s a criminal, and he exploited the loopholes of the immigration system for his gain.

He arrived in 2003 on a tourist visa. He was supposed to be in the country temporarily. He overstayed and became an illegal alien eligible for deportation. He wasn’t deported, though. Instead, he married an American citizen in order to get approved for a green card, which happened in 2007.

Chemirmir also has a long criminal record that includes everything from drunk driving to obstructing a police officer.

He’s committed countless crimes even before he decided to go on a killing spree on the elderly population of Dallas. Yet, still, the liberals want to bleed for him. They want to protect him from being killed, yet he didn’t think twice when he killed dozens.

We have to stop treating illegal immigrants differently than we treat our own American citizens. If the case had been against a white male who was born and bred American, the DA’s office wouldn’t have thought twice about asking for a death penalty, regardless of what society thinks of such a sentence.