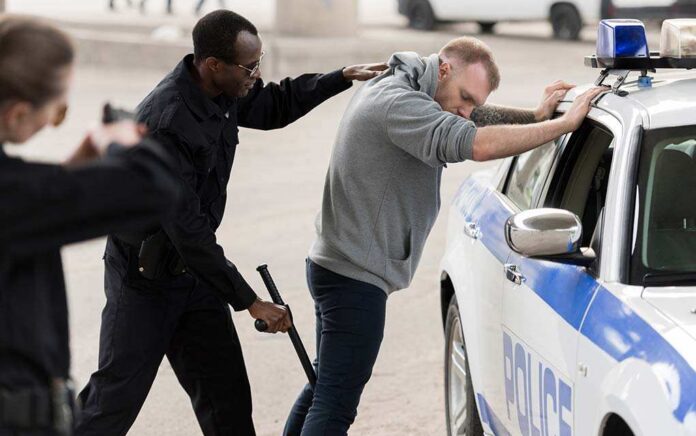 By now, it’s no doubt apparent to most of us that Democratic President Joe Biden has epically failed our nation, particularly when it comes to border protection and immigration policies.

I mean, have you ever seen so many illegals packed into detention facilities on the border? Both unaccompanied children and illegal crossings have increased so much in recent months that they are now at a 20 year all-time high. And don’t even get me started on the literal miles of border area that unprotected and unmanned.

Needless to say, the whole thing is a mess and one of the largest this country has seen in quite a while. And people are angry about it.

Now, to be clear, I’m not just talking about the thousands and millions living in communities affected in recent months by the ever-increasing number of migrants crossing our border. I’m also talking about law enforcement officers and even Biden’s own federal immigration agents.

In fact, according to a recent lawsuit filed on Thursday, a number of these officers have decided to sue the Biden administration for forcing them or at least ordering them to violate current immigration laws as well as our constitution. The officers include more than a few sheriffs, mostly from border communities in Texas and several Immigration and Customs Enforcement officers.

Per the lawsuit, the problem arose on February 18, when Biden ordered immigration officers from every agency to “refrain from placing aliens who are unlawfully present in the United States (i.e., Illegal aliens) into removal proceedings.”

Obviously, such an order goes against pretty much all common sense.

I mean, these people are here illegally, sometimes even committing crimes. And yet, officers are now just supposed to let them be? Even if they are causing harm to the community?

I don’t have to tell you how messed up that is, am I’m sure you have a few choice words you can say about it, just as I did.

However, that doesn’t precisely explain how the order may or may not be illegal or even unconstitutional. To do that, we have to understand a bit more about current immigration laws and how they work.

As the lawsuit explains, when an illegal alien is arrested by local law enforcement for committing a crime, and immigration agencies such as ICE have issued a detainer for their capture, it is national law to turn them over to ICE for further proceedings. Usually, this involves removing them from the country or deporting them back to their nation of origin, as required by the Immigration and Nationality Act or INA.

However, the February 18 memorandum basically put a stop to all that, forbidding ICE agents from placing such individuals, no matter how violent or dangerous, in their custody or beginning deportation proceedings.

This means that federal statutes such as INA are being directly violated.

“The February 18 Memorandum commands ICE officers to violated the specific terms of several federal immigration statutes, violates the Administrative Procedure Act (APA), and violates the obligation of the executive branch faithfully to execute the law, as required by Article II, Section 3, of the United States Constitution.”

Naturally, law enforcement agents, whether of a local community or municipality or in a federal agency, are bound to have a problem with breaking the same laws they have sworn to uphold and enforce. Thus, they have essentially been forced to abandon their oaths and duties by the one man whose job it is to keep them in check.

As the officers in agreement have decided, “This standdown in ICE enforcement has fueled a crisis at the border and in other Texas communities, encouraging a massive surge in illegal immigration.” According to the lawsuit, the number of apprehensions and removals by ICE has dropped to a mere one-third of what it was just six months ago when Donald Trump was president.

And these brave men and women are tired of not being able to do their jobs as intended.

Suffice to say, you know it’s bad when your own federal agents are suing you.