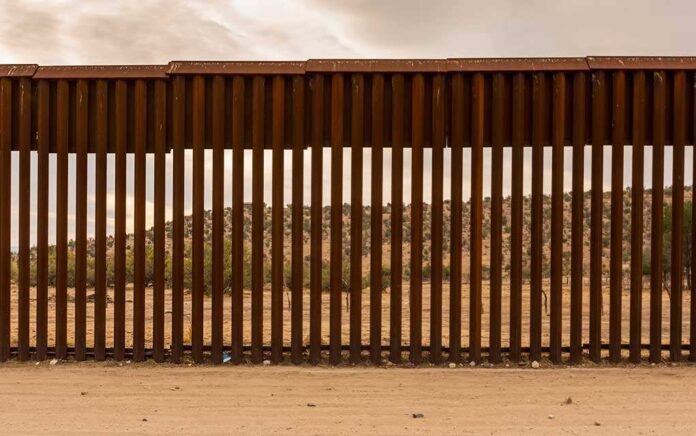 If you’re anything like me, you don’t need any reminders of just how bad a job Democratic President Joe Biden is doing to protect our nation, whether from financial strain or from being invaded by hordes of illegals.

However, this past week, the Democrats in the House of Representatives just released their proposed Department of Homeland Security budget for the upcoming year. And it’s enough to get me more than a bit rattled and upset at our current national leaders.

Suffice it to say that they want to pay foreign and overseas nations billions to increase their security and border measures, but when it comes to our own, of which we are currently in a full-fledged crisis, they are cutting not adding funding.

And no, I’m not kidding.

Take their budget for Customs and Border Protection or CBP, for example. Instead of adding funding to an overworked, shorthanded agency with far too much on their plate right now, they are cutting a whopping $930 million from the budget.

Similarly, Immigration and Customs Enforcement or ICE are possibly getting their budget cut by $1.5 million compared to 2021.

As for the wall, well, I bet you can guess this one.

Not a dime is being given.

Trump had paid a controversial $2.06 billion when he was president to get the wall started and constructed. However, upon entering the White House, Biden stopped all construction immediately, even though most of it was already paid for, wasting millions in US tax dollars. Hell, the equipment, contracts, and materials needed were already handled even.

And now much it sits in the desert rotting…

Meanwhile, Biden’s cohorts have suggested offering our financial assistance to other nations with border issues.

Apparently, Jordon, Lebanon, Egypt, Tunisia, and Oman need help with their borders. And so House Democrats want to send some $370 million that way, in smaller increments, of course.

According to the proposed budget, these funds for “enhanced border security” will require the Secretary of Defense to merely let Congress know before sending it over. Each quarter, an update to Congress on who those funds are being used is expected.

But that’s far the end of it.

Another $500 million is being sent to Jordan alone, supposedly “to support the armed forces… and to enhance security along its border.

I’m sure you can do the math, but that’s a whopping $870 million in taxpayer dollars that is being sent to our allies in the Middle East for “enhanced border security.”

Meanwhile, every detention facility along our own border is jam-packed with illegal migrants. Both unaccompanied minors and illegal border crossing have an all-time, 20-year high. And communities all along the border, in multiple states, are being taken over by people not caring if they break our laws or not.

But it gets worse.

Remember that DHS budget I mentioned before and how it was getting cut on several fronts?

According to Breitbart, “The budget shifts funds of $132 million for ‘new technology’ along the border, a longtime talking point of Democrats and establishment Republicans who argue that a virtual wall is more feasible than physical barriers that stop or deter border crossers.”

Now, I’m no expert here, but how does that make any sense.

For decades, physical barriers such as Trump’s wall have been used in nations worldwide to secure borders. It’s why people have fences around their backyard and why China has a “Great Wall.” basically, it’s a proven point that they work.

In contrast, virtual walls are not nearly so reliable.

Most forms rely on some sort of technology such as electricity or batteries to stay up and running. And what happens when the power goes out, when the sun doesn’t shine enough for solar energy, or when ice covers the ground?

Furthermore, these systems, unlike physical barriers, can often be hacked.

Then there is also the proposal that another $332 million of ICE’s already limited funds get taken from Civil Immigration Enforcement Operations and put instead towards expanding “alternatives to detention for illegal aliens that more easily allows detainees to be released into” the US.

That means taking funds from operations to stop illegal aliens and putting it towards ways to make it “easier” for them “to be released.” Because that makes sense… Not.

If this doesn’t prove to you that Biden and his cohorts care nothing for the American people and only about lining their own pockets, nothing will.