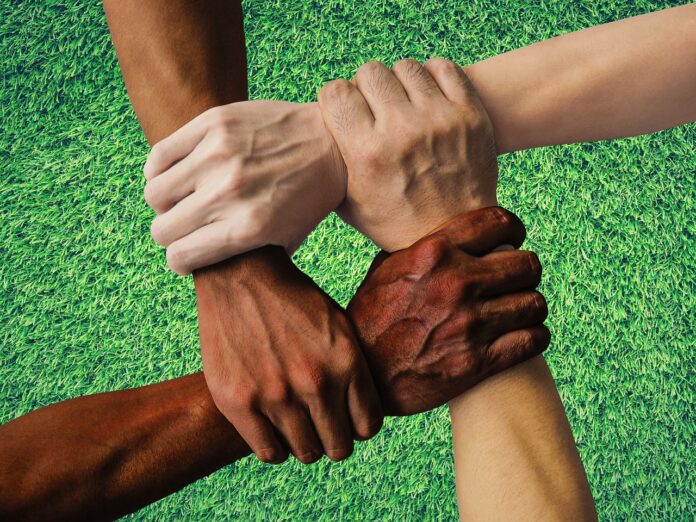 Morgan Freeman was once asked how to stop racism. His reply was both short and eloquent.
“Stop talking about it.”
Seems simple enough. Stop referring to each other as a black man or a white man. People are people, not a color. Everyone says so.
Color doesn’t matter. Martin Luthor King said,
“I look to a day when a man is judged, not by the color of his skin, but by the content of his character.”
The problem is we can’t stop. We as a nation are fixated on race and color. The media shoves it down our collective throats at every turn.

Instead of “Cop Kills Criminal,” headlines instead scream “White Cop Kills Black Man,” or “Black Cop Kills White Woman.” This is done regardless of the fact that race may have had nothing to do with the story.

For example, back in 2018, a 38-year-old Navy Chief was attending his son’s soccer match in Virginia. At some point during the game, he became enraged, ran onto the field, and pummelled a 14-year-old boy on the visiting team. He was restrained and arrested, and the victim was treated and released at a local hospital. The Chief allegedly became enraged because the boy was jostling with his son during the match and the father felt he had gone too far. His actions were not racially motivated, yet Rollingout.com ran the headline “White Navy Dad Beats Black Teen During Soccer Match.”

This is not journalism, it’s sensationalism. The description of the races of the involved parties did not need to be included in the headline. It was unrelated to the story. The headline was another subtle reminder that in this country race is still a dividing factor.

We live in a society that commercializes race with clothing lines like FUBU. A company named for the acronym of “For Us By Us.” We have a channel named BET available on cable television, an acronym of “Black Entertainment Television.”  We have a whole month each year designated as “Black History Month.” These are very divisive things. They serve to remind us that we aren’t the same. Black history, in this case, is presented as being separate from white history. If color doesn’t matter and race isn’t important, why is American history being divided by the ethnicity of the historical figure?

The idea behind Black History Month was to create “…a way of remembering important people and events in the history of the African diaspora.”

I argue that American history encompasses all races. Americans should be teaching history to their children without the need to separate accomplishments by race. Instead, we are reinforcing the notion that race is a dividing line between Americans by teaching a separate curriculum that highlights the historical significance of black Americans. That lesson should be included in American History.

In the same interview of Morgan Freeman I mentioned at the beginning of this piece, Mr. Freeman also noted his distaste for “Black History Month.” He stated,
“Black History month is Ridiculous.” He further pointed out that his history cannot be relegated to a month. In addition, he noted that “Black History is American history.”

If he was correct when he said we can stop racism by not talking about it, Black History Month, sensationalism in the media, and the very fabric of our culture in this country will never let it fade. This country’s media feeds on the racial divide. Author Eric Deggans even wrote a book on the premise.

The United States is currently in a state of social upheaval. National brands are changing their names and dropping long-time icons such as Uncle Ben’s and Aunt Jemima. Confederate statues are being removed from public view, County names that trace their origin to Confederate notables are being changed.  The energy surrounding the movement to reinclude disenfranchised black citizens has never been stronger. The entire country wants to finally heal the wounds brought about because of the racial divide in this country.

Still, we continue to act in ways that only serve to broaden the racial divide,  then wonder why it isn’t getting any better. As long as we continue to point out our differences or highlight a person’s achievements based on race, we’re still talking about it. If Morgan Freeman is correct racism will be around as long as we allow ourselves to be divided by color.
Perhaps we should heed his advice.
Stop talking about it.