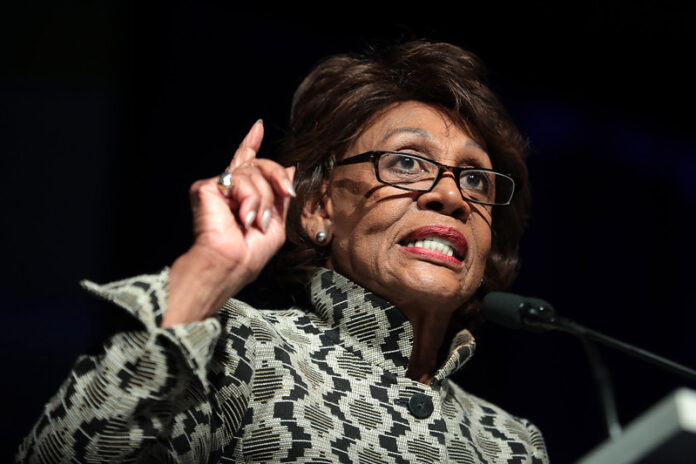 Maxine Waters should have retired years ago. The 82-year-old liberal Representative out of California has been a member of Congress for decades – and she’s been paid very well to represent her district.

Now, as she gets older, she becomes more and more senile. We shouldn’t expect anything less when she has President Biden to look up to as her role model.

As a Black Congresswoman, she’s been able to prove that the country is most certainly not racist. After all, she’s been an active politician since the 1970s.

To hear her talk, though, you would think that she’s one of the most repressed people in the country. She has shown that anything is possible with a degree and hard work. She’s proven to women and Black people across the country that anyone can go into politics and share their voices.

Yet, Waters doesn’t see it that way. She’s ready to ignore her past and all of her accomplishments as a way to advance her party’s agenda.

July 4th… & so, the Declaration of Independence says all men are created equal. Equal to what? What men? Only white men? Isn’t it something that they wrote this in 1776 when African Americans were enslaved? They weren’t thinking about us then, but we’re thinking about us now!

On Independence Day, Waters decided that she was going to disrespect the country that she lives in, represents, and pays her so well. She talks about July 4th and it being the day of the Declaration of Independence, where “all men are created equal.”

She decides to put a spin on it all by demanding answers. “Equal to what? What men? Only white men? Isn’t it something that they wrote this in 1776 when African Americans were enslaved? They weren’t thinking about us then, but we’re thinking about us now!”

Wow. Maxine Waters may have truly and officially lost her mind.

Clearly, the country has evolved since 1776. African Americans are no longer enslaved. Men and women of all colors have equal rights. Obviously, they do – she’s getting paid well to have those equal rights and exercise them on a daily basis.

So what if the forefathers weren’t thinking about the Black people back then? The reality is that the country has already moved past that point in history. We have evolved. We have paid the reparations and we must heal.

As a Congresswoman, Waters should be demanding unity. She should be fighting for the country to heal and to stop looking at the color of someone’s skin to determine their worth.

Waters shows off her madness as she claims that America is racist and that things must be done to protect the country.

Waters shares a few “truths” because the Declaration of Independence cites that truths are self-evident. She talks about some of the Black people who have been killed – George Floyd and Breonna Taylor to name a few. She also talks about states that have enacted “voter suppression” laws.

She really has lost her mind.

She only wants to look at some of the Black people who have been killed. She doesn’t care about the dozens of Black people who lose their lives every month due to Chicago gun violence. And, she doesn’t want to acknowledge that the voter laws aren’t suppressing anyone’s votes – it’s a way to ensure that people are voting once and that they are legal to do so.

Support this person at your own peril. Dangerous , divisive rhetoric that does nothing to help the USA or its citizens. https://t.co/ECaMusZv5f

How is this helping anything? We have to preserve history. Without the 4th of July and the Declaration of Independence, we would still be under British rule. Without “stealing the land” we wouldn’t have a country. And black people are most certainly free because Waters and Bush have proven that because of their positions in Congress.