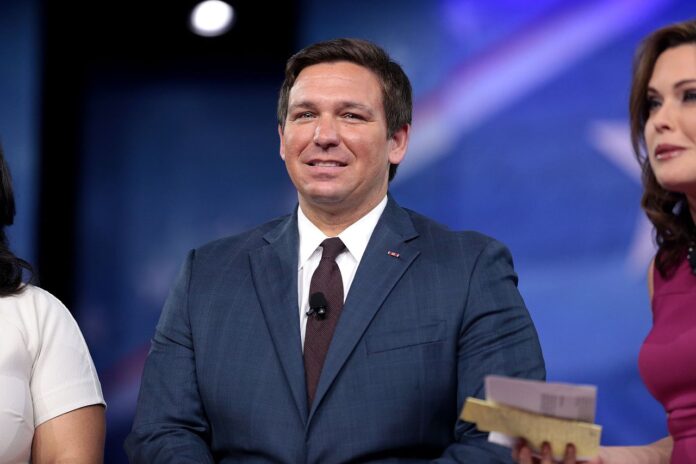 According to DeSantis, the ban he’s considering is not only unconstitutional and an attack on the state of Florida, it’s likely not even an effective measure against the COVID-19 virus.

“If you look, Maria, right now, you hear this debate over schools. Florida schools have been open the whole school year … And every business has a right to operate,” DeSantis said.

The Florida governor went on to say that he believes the president “is a lockdowner” and that his advisers are likewise “lockdowners” and that according to the statistics he cited, “lockdowns don’t work.”

“We’ve demonstrated that. We’re not turning back, Maria. And they will not be able to get away with targeting Florida.”

The Fox Business host then talked about what Florida has done that has worked so well for them, talking about how they have prioritized seniors and ensured that children would have in-person learning. DeSantis cited the skyrocketing unemployment and depression on tourism and sadly depressed economy that caused them to take a hard look at the facts of the pandemic.

According to DeSantis, once they decided to scale back the oppressive measures that had been handed down by those not on the ground in his state, they’re still holding their own in keeping COVID-19 numbers down as well as having “an unemployment rate that is significantly less than the national average” and a “25 percent increase in home sales year over [the] year 2019 to 2020.”

“If you look at the top 25 places where new home construction is taking place at the highest levels, a plurality of those are in Florida.”

Then, the pair launched into the real contradiction, which was what Bartiromo referenced as “the potential for a domestic ban on travel.”

“ … some people are saying this is a contradiction to what we have been hearing from President Biden because of his open border policy,” the Fox Business host said. “They’re now talking about screening domestic travelers.

“But The New York Times has reported that illegals are not being screened for COVID at the border.”

“Of course they’re not being screened for COVID at the southern border, because this is all political,” DeSantis all but exploded.

“So, he’s opening the border. He’s letting illegals pour in. They’re not doing any COVID tests. They’re just coming into the communities. We have no idea what type of COVID or other things they may be carrying, but yet he wants to potentially make you take a test if you just get on an airplane and fly from one American city to the next, or he wants to prevent travel to the state of Florida?

“This stinks to high heaven. It is a huge contradiction. And you can’t square wanting open — opening borders for illegal aliens, but then also restricting U.S. citizens from basically traveling around the country as they see fit.

“And I think the American people see the hypocrisy in that.”