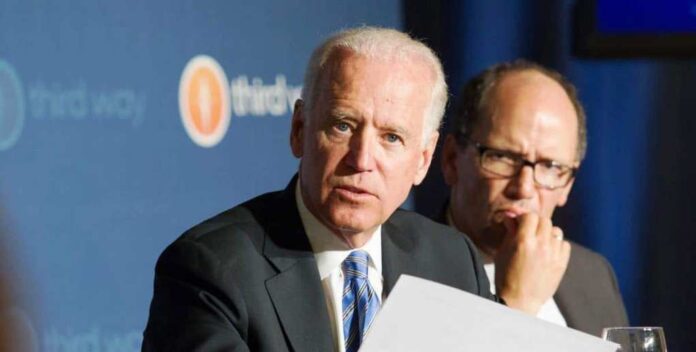 Joe Biden has undoubtedly done his job of raising prices and ticking people off around the world. His blatant hatred for Donald Trump was evident when he reversed every single regulation and law he left behind when he left office. Biden never once considered the harm that drastic action taking would cause for the American people. The price tag for having Biden as president is just too high.

When Biden killed the Keystone XL Pipeline construction project, he never once considered the international ramifications that would happen. The company that backs the project was Canadian-based. And they are less than pleased to their project canceled because Biden wants to act like he is the one in charge.

The company behind the project is TE Energy. They seek $15 billion in losses because Biden does not have the guts to tell the progressives that they have no business interfering in private business adventures.

TE Energy has decided to scrap the project because Biden revoked their permit to build. Biden never considered that the project would have created 26,100 jobs around the country. He selfishly wanted to undo what Donald Trump had allowed pushing forward.

The harm to the American people is immense. More trucks will have to be on the roadways transporting the oil to the refinery. They will burn gas and only add to the emissions that the progressives are seeking to eliminate. Bidens’s brainless decision was half-hearted and pointless.

The company stated that they had officially “filed a Notice of Intent to initiate a legacy North American Free Trade Agreement (NAFTA) claim under the United States-Mexico-Canada Agreement to recover economic damages resulting from the revocation of the Keystone XL Project’s Presidential Permit.”

Biden has led America to violate the very treaty that bonds North American countries together. The state alluded that “TC Energy will be seeking to recover more than US$15 billion in damages that it has suffered as a result of the U.S. Government’s breach of its NAFTA obligations.”

Not only does Biden lie to people, but now he is in the business of violating treaties. The State Department received the notification that they had ticked off a lot of people. And just like a good Democrat, Biden is planning on ignoring the problem.

There is no doubt that Biden has overstepped his authority much like Barack Obama did when changing immigration laws. The pipeline has turned into a Democratic political highlight.

Several state attorney general’s state that Biden is out of line because “of a provision Congress tucked into tax legislation in 2011 that required then-President Barack Obama to either approve the pipeline within 60 days or issue a determination that it wasn’t in the national interest.”

Donald Trump approved the application, but Biden would revoke it simply because of political fighting. The liberal president wanted to show that he had more power than his Republican predecessor. But all he showed was how heartless he could be to the thousands of people depending on the project for their jobs.

Biden is also facing lawsuits from several states, which are irked that he will not let the project take flight. Texas and 21 other states are battling the crazy president in court. Biden must also face NAFTA violations and answer for those crimes as well.

Joe Biden is in love with his progressive supporters. They gave him support when they could not compete against Donald Trump. And it would make cheating at the election to secure him a spot in the Oval Office.

The Democrats are a party that seeks to please themselves as they do what is right in their own eyes. They no longer represent the people but the selfish interests of the activist groups and unions that control them. Joe Biden has turned his back on the few people that voted for him. He does not deserve to serve as president because of the way he has betrayed the American people.

Biden’s party has even blasted him for his selfish decisions. Pipelines are the best and safest way to move oil around the country. There are few chances of an accident igniting oil on fire and causing deadly oil spills. But Biden and his party will never admit that they are in the wrong regarding this decision.