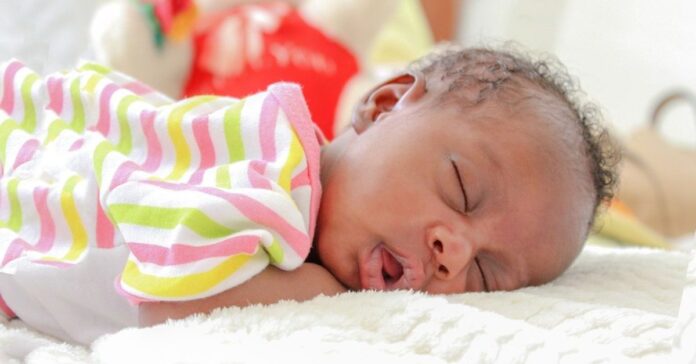 The liberals may have their cities of death and crime, but heroes of life have their sanctuary cities for the babies that would have been aborted in other places around the country. But in Goldsmith, Texas, it has become illegal for any type of abortion to be performed within the city limits.

The liberals can make their cities hubs of criminal activity and think that they can get away with their crimes. Liberals can hate this town for taking a stand for what is right. But it will not change the laws of Goldsmith, Texas. They cannot sanction murdering babies any more than they can harbor illegals and treat them like they are citizens when they are not.

A unanimous vote passed sanctuary status for the unborn by the city officials last week. And any abortion-related businesses will not be permitted to conduct business within the city limits.

One news source stated that “The ordinance also penalizes abortion practitioners for aborting unborn babies, but it does not penalize women who seek or have abortions.”

The ordinances state that “Abortion at all times and at all stages of pregnancy is declared to be an act of murder. The Supreme Court erred in Roe v. Wade when it said that pregnant women have a constitutional right to abort their unborn children.”

There are a lot of cities that have passed such a law.

Some of them in Texas include Grapeland, New Home, East Mountain, Whiteface, Wells, Big Spring, Rusk, Waskom, Naples, Joaquin, Tenaha, Gilmer, and Westbrook. All of these towns are doing the right thing by preserving life. Black Lives Matter thugs should learn what it means to save lives from these cities.

The matter of abortion is a significant issue for a lot of people.

Ever since the liberal Supreme Court ruled that it was legal decades ago, people have fought over the issue. Lubbock, Texas, is trying to sanctuary status themselves so they can save little lives as well. Their vote goes on their May ballot.

The ordinance goes on to state that enforcement of the law within the private sector makes any involved in the murder of the baby “liable in tort to a surviving relative of the aborted unborn child, including the unborn child’s mother, father, grandparents, siblings or half-siblings.” Family members of the murdered baby can sue the murderer in court, and they would win without question.

The Democrats have quieted the voices of the smallest citizens for the past decades. It is the desire of killers Harris and Biden to make sure abortions can happen in every zip code.

That will never happen now that Goldsmith has made it illegal for abortions to happen. Their zip code is the only one in their area. This law also makes Biden and Harris liars.

Mark Lee Dickson is the founder of the Sanctuary Cities for the Unborn Initiative. He has stated that “Abortions may be able to happen elsewhere, but under the laws of the City of Goldsmith, if anyone performs one within the city limits of Goldsmith they will be breaking the laws… and there will be consequences.”

There is no end to the lopsided laws that the Democrats are pushing on the American people. The great thing about the Constitution is that it gives the states the power to operate the way they want to without federal interference. This right drives the Democrats crazy since they want to be the ones calling the shots for everyone.

Donald Trump stood for saving lives, while the demonic Democrats seek to kill the unborn. The laws that Biden has penned out of existence are designed to give his liberal regime power to do what they want and how they want. The only thing standing in their way is a court system that Donald Trump rebalanced.

Joe Biden and hateful Harris know that they will have to do something about the courts before they can usher in socialism. But Republicans are watching their every move, so they will not get away with much without having to answer for their crimes.