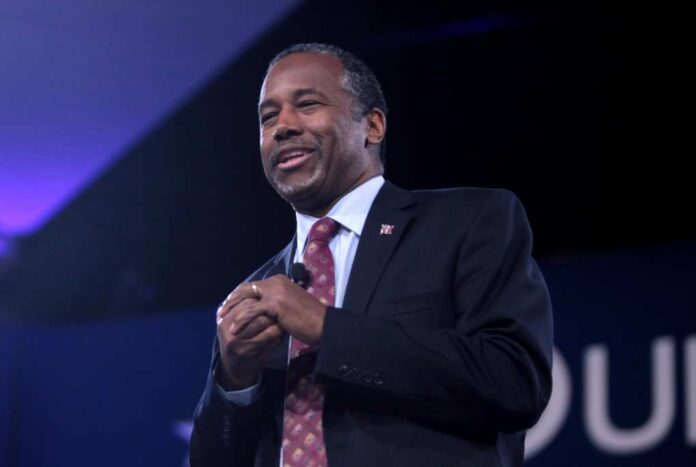 Critical Race Theory (CRT) has to be one of the most divisive things to ever come out of DC. According to CRT, we have to be more racist if we’re going to become anti-racist. With this being shoved into everyone’s faces, we’re supposed to start judging everyone and every scenario based on skin color.

CRT is based on the idea that the entire country is racist.

Ben Carson, a leading political mind and a Black American, has said that Critical Race Theory is “trash.”

This is an important comment. If the liberals want to push that the U.S. is inherently racist, shouldn’t every Black person agree? After all, every Black person should see that the country is racist, right? White supremacy is on display everywhere, according to the ultra-liberals.

Oh, but that’s where the flaw to CRT is exposed. Ben Carson and other Republican Black males are speaking out against this theory.

It’s time that we be realistic about what CRT is and isn’t.

The former Housing and Urban Development Department Secretary went on “Wake Up America” on Newsmax TV to talk about how CRT is “an attempt to use race as a mechanism for redefining our society.”

We have to be extremely careful about how far Critical Race Theory is allowed into our society – and that includes K-12 classrooms and executive boardrooms. It pretends to focus on anti-racism, yet Carson fears that it will only serve to divide our country further and destroy the U.S. from within.

It cannot be about Black versus white. It has to do with taking advantage of opportunities, working hard, and setting goals. Plenty of Black people have gone on to become CEOs and politicians. Meanwhile, plenty of white people live on Welfare and require government handouts to survive.

CRT wants to focus on race alone to determine how it will impact a person and how it will affect the way that they are seen in society. Carson points out that it’s “a bunch of garbage.”

If all Black Americans don’t feel as though they’ve been wronged, it means that the country is not racist. The country is not being run by white supremacists. After all, there are simply too many people of color throughout all aspects of government for that to truly be the case.

The reality is that there are people of color who feel slighted. They have been turned down for a job, they didn’t get into the college that they wanted, or they’re not being paid as well as another person doing the same job. Rather than working hard to accomplish their goals, they blame it on race. And, they blame white people for everything that they have been unable to accomplish.

Are white people to blame? No. Are Black people getting slighted at every turn? Also, no.

Yet, we’re allowing Critical Race Theory to point the finger and blame white people for everything wrong that happens in the lives of Black people. It’s not fair and it has to come to an end.

We have to stop finger-pointing. We have to own our own issues. If there are people (of any color) who feel as though they’ve been wronged, they have to look at what’s really going on.

If we allow everything to be blamed on skin color, we as a country are doomed.

As Carson points out, our country is magnificent. The only way that it can be destroyed is from within. Russia, China, Iran, and North Korea are our enemies. “The American people, are not enemies.”