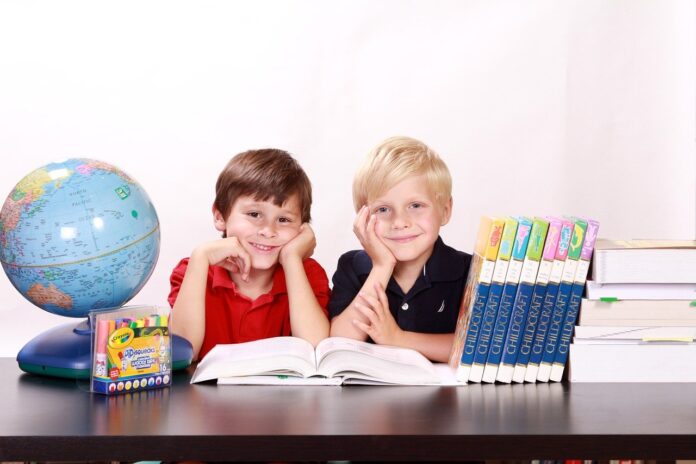 For those of us with children in America’s public school systems, we are starting to see some rather alarming trends. And to be honest, they’ve been here, lurking in the shadows, for a while.

Now, for most of you, I’m willing to bet you know exactly what I’m talking about: gender-neutral issues and critical race theory, or the idea that the “system” or culture of America is inherently racist because it allows whites to stay in power by oppressing every other race.

As I said, the ideas have been lingering out there for some time now, slowly creeping their way into our schools and curriculum with the push to be ‘woke’ or politically correct.

However, within the past year, they seem to have nearly taken over entirely in some areas. But unlike trying out a new type of technology or discipline routine, these ideas are ruining our schools and the students they are supposed to serve.

Instead of teaching kids the differences in race and gender how to proud of who they are and where they came from, it ends up shaming our children into believing that they are somehow flawed or even evil because they were born a specific color gender.

Luckily there are a few in Congress and at the local level who have seen this trend for what it is and are starting to fight back against it.

Republican Representative Mark Lowery of Arkansas is one such individual.

In his home state, he has recently introduced two separate bills on the issue, one to deal with critical race theory or CRT and another to ban the use of The Times’ 1619 project in schools.

If you haven’t heard of the 1619 project, it is basically an alternative curriculum to the traditional American history most of us grew up learning. Instead, it takes the events and persons of our history and twists them to suggest that America was built on racism and the belief that whites were supreme.

This added to CRT gives children being taught such rhetoric that if they are white, they are inherently racist and need to find some way to atone for that, as well as cater to all other races.

Lowery, as I’m sure many of you do, finds this deeply disturbing.

He told The Washington Times, “I’m trying to focus on the activities going on here, which I think are demeaning to some students, and this business of labeling people as ‘oppressors.’ They believe teaching assimilation is racist.”

Similarly, according to Times, Georgia State Representative Emory Dunahoo is making similar moves against these education trends. Dunahoo is “demanding answers from higher education officials about whether critical race theory is creeping into or saturating college classrooms in the state’s public universities.”

Now, for Dunahoo, his moves are still in the works, and so he’s not been able to say precisely what the plans are, which might be for the best. As it stands, these kinds of efforts, while having much support in various areas, are quite vehemently opposed.

Take Lowry’s bills as proof of this. While they were put together well and gathered some support in the very red state, both were rejected. According to the Associated Press, when the Arkansas House Panel met last Tuesday to discuss the bills, there was simply too much opposition, particularly when it came to banning the 1619 project.

As the AP reports banning such an idea “drew opposition from teachers, civil rights leaders, and the state’s top education official.”

Democratic Arkansas state representative and member of the House panel Reginald Murdock explained the opposition by saying that it was essentially “censoring and you’re taking away the ability of those who have been trained to stand before our students and teach and provide trained guidance in curriculum development.”

However, the loss doesn’t mean Lowery or anyone should be giving up on pushing back against these anti-American ideas.

In fact, in over 20 states now, a group dedicated to just that is making great strides and growing in number. It is called “No Left Turn in Education” and was founded by concerned parent Elana Fishbein after seeing the effects of socialist theories like CRT take control of her children’s school.

Fishbein encourages all parents, educators, and community members to “open your eyes, educate yourself. Kids are afraid to voice their opinion, but over and over again with parents, with concerned citizens, when they are exposed to this material about CRT, 16919, sexuality indoctrination, once they are exposed to it they are really terrified.”

And if we aren’t careful to protect our kids from this kind of propaganda, it just might ruin our country, as it has already shown signs of doing.