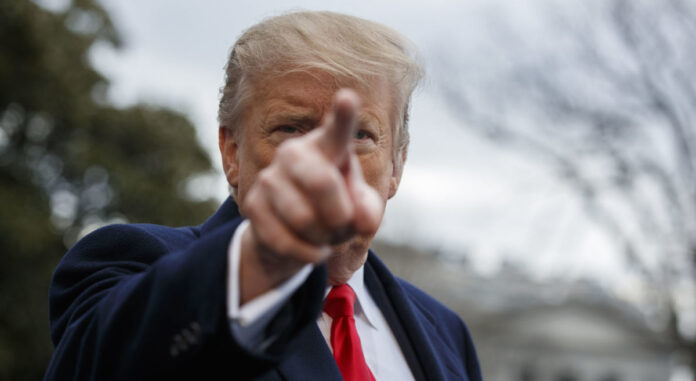 The drive to impeach Donald Trump has come to a crashing halt as the Democrats fail again to get the man convicted of fake crimes against the country. Donald Trump encourages people to stand up for what is right. But he never endorses violate actions. His central premise for his second term was based on law and order.

It indeed was not based on riotous behavior, such as the Democrats were pushing.

The vote failed to convict the ex-president. The Republicans that voted against the impeachment were praised for their bravery and standing for what was right.

But there were a few Republicans who bought into the liberal lies and voted to impeach a private citizen. The whole notion that they needed to impeach Donald Trump after he left office was highly unconstitutional.

And now that the votes have been cast, it is easy to see the effects that are starting to happen. Donald Trump is getting back to work to keep America great, and those that voted falsely to convict him are finding out that their voter base is not as pleased as they thought they would be.

It has come time to face the backlash of voter anger and unhappy constituents.

There were seven Republicans that voted against Donald Trump. They turned their backs on law and order and joined with a hateful group of senators who hate Trump for all the good he did for the country.

Fox News named those seven people as being “Sens. Richard Burr of North Carolina, Bill Cassidy of Louisiana, Susan Collins of Maine, Lisa Murkowski of Alaska, Mitt Romney of Utah, Ben Sasse of Nebraska, and Pat Toomey of Pennsylvania.” These seven are guilty of unconstitutionally supporting a coup against a former president with the intent of keeping him from ever running again for the presidency.

Cassidy stated that “Our Constitution and our country is more important than any one person. I voted to convict President Trump because he is guilty.”

He must have forgotten about the part of the man needed to be a sitting president and not a private citizen. He and the others are facing criticism on multiple fronts, including their own political party.

Toomey faced it at a state level when the Republican Party of Pennsylvania stated that “This post-presidency impeachment proceeding was an unconstitutional theft of time and energy that did absolutely nothing to unify or help the American people. I share the disappointment of many of our grassroots leaders and volunteers over Senator Toomey’s vote today. The vote to acquit was the constitutionally correct outcome.”

Even Senator Burr came out and declared that he, too, will not be seeking reelection.

Sasse tries to justify his actions by stating that “You are welcome to censure me again, but let’s be clear about why this is happening. It’s because I still believe, as you used to, that politics isn’t about the weird worship of one dude.”

Somewhere along with the line of lies, the seven traitors joined up with American haters. They all turned their backs on Americans that voted for them to uphold the Constitution when the time would come, and they failed miserably at doing it.

Donald Trump never did anything that he was accused of. The Democrats invented a narrative that would serve to push their demonic agenda forward and would seek to gain bipartisan support. These seven Senators fell for a lie and must answer for their part in a crime against the Constitution.