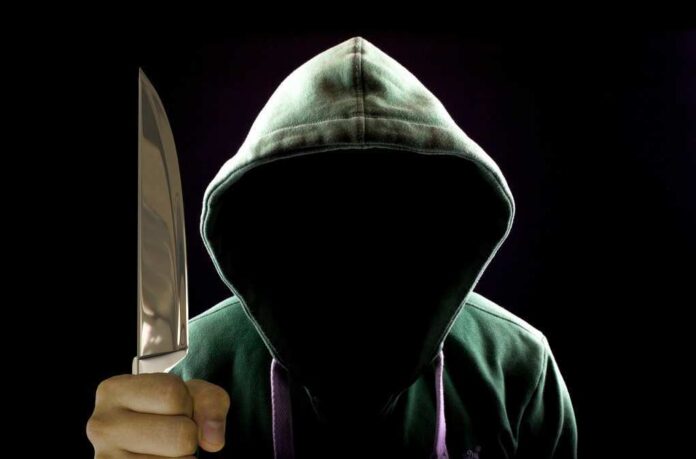 In Illinois, however, murderers are treated a bit differently.

In 2007, Montral Fleming was murdered in Peoria by his girlfriend. Tewkunzi Green was found guilty of the murder and sentenced to prison.

Only, Tewkunzi Green was released from prison 22 years earlier than her sentence was written for. Illinois Governor J.B. Pritzker decided to do a solid for the murderer by signing a “commutation of the sentencing order.”

Want to know what else was nice? Not informing Fleming’s family of the prison release. The state didn’t provide any kind of notification. Instead, they had to hear about it through Facebook.

Understandably, the family wants answers. The mother of two of Fleming’s children, Jaclyn Harris, wants to know why she couldn’t have been informed. When emailing the governor, all she gets is an automatic response.

And it’s not just the Fleming/Green case that has ended this way. Many other families have had similar experiences. Their murderers are released early and they’re not told about it.

Illinois Senate Republicans are beginning to ask the important question: why?

Evonne Fleming, Montral’s mother, learned of Green’s clemency petition last year after Harris conducted a Google search. Fleming, who works at the Peoria County Courthouse, was encouraged to ask the governor to deny the clemency request. Both Fleming and Harris began encouraging others to write to the governor to deny the clemency. Soon after, Harris began receiving online harassment from friends and family of Green.

Green claimed self-defense during her trial. Her clemency petition was even supported by the Women and Survivors Project, which was created by the Illinois Prison Project. Green has been an ambassador of the Project and serves as a community educator.

Green’s petition focused on a history of abuse by the various men in her life.

Montral’s son wrote a letter to the governor about such claims, saying “It was her who was always abusing my father.”

The governor ignored the letters from Montral’s family and friends. Then, the governor released Green after a recommendation from the Illinois Prisoner Review Board.

The Peoria County State Attorney’s Office explained that they were aware of the petition for clemency as well as the objections to the release. However, they “were not informed of the governor’s decision to grant clemency and therefore were unaware of her release.”

The bigger problem is that when Harris and Fleming tried to talk to someone from the Prisoner Review Board, they were met with people who were described as “snotty” and “rude.” They were told that they needed to be on a list to be notified of parole hearings.

There is a “Statement of Victim’s Rights” published by the Office of Illinois Attorney General – and Harris and Fleming claim those rights have been violated. After all, they were not notified about the imprisonment or the release of the accused.

It seems that Governor Pritzker has been bypassing the appointee process for the Prisoner Review Board and making some hand-picked selections – including adding a man to the board who has been convicted of a double homicide.

These controversial releases and the blatant violations of victim’s rights have to be researched. Otherwise, Illinois is in big trouble with convicted murderers who may just up and roam the streets because the governor deems it possible.