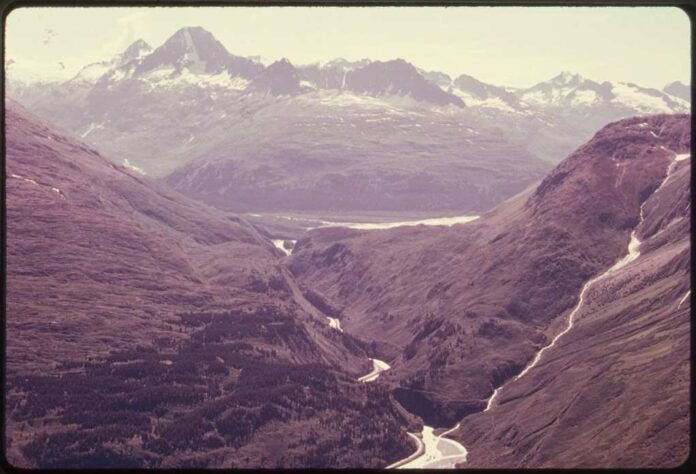 As you well know, Democratic President Joe Biden did well to promise a whole slew of things while he was campaigning, cozying up to unions, blue-collar workers, and anybody he could get in his pocket. And yet, on day one in office, he took all of those promises, all of those would-be dreams, and flushed them down the toilet.

One decision, in particular, is especially damning to Biden: the cancelation of the Keystone XL pipeline.

As you likely heard, the project was set to begin this year, building an oil pipeline from Alberta, Canada, all the way down to the southern coast of Texas. Along the way, it would employ some 11,000 plumbers, pipefitters, electricians, engineers, etc. And that’s just on the American side.

In Canada, the gains would be significant too.

And now, with the project being nixed like nothing more than an impromptu thought, the damages will also be significant.

TC Energy, a Canadian development company and the one behind the Keystone XL pipeline, is making those damages known. And they aren’t wasting time in suing Biden’s administration for them.

According to a news release made by the company recently, “TC Energy will be seeking to recover more than US$15 billion in damages that it has suffered as a result of the U.S. Government’s breach of its NAFTA obligations.”

To begin the suit, the company has filed a notice of intent with the U.S. Department of State. What this does is essentially file a claim with the North American Free Trade Agreement, saying that Biden and the U.S. Government broke the international agreement as set forth by the United States-Mexico-Canada Agreement.

Under that agreement, permits had been acquired in both the US and in Canada by TC Energy to begin the Keystone XL pipeline project. Former President Donald Trump had given America’s word that the project could begin.

Biden, however, decided that, as with everything else, he didn’t want to follow those rules. So he revoked the permit, effectively killing the entire project and the jobs of tens of thousands.

And now TC Energy is looking to hold him accountable.

Get ready, Biden. They aren’t playing around.

He’s not exactly in the clear from Americans on the issue either. Take the unions who helped support his campaign and got him the White House, for instance.

As Mark McManus, president of the United Association of Union Plumbers and Pipefitters, said in a January statement just days after Biden was sworn in, the now-president didn’t make any new friends with this day one executive order.

“Let me be very clear: When built with union labor by men and women of the United Association, pipelines like Keystone XL remain the safest and most efficient modes of energy transportation in the world. Sadly, the Biden Administration has now put thousands of union workers out of work.”

In addition, McManus pointed out that it’s not just union workers who are affected by this decision. “For the average American family, it means energy costs will go up and communities will no longer see the local investments that come with pipeline construction.”

Biden, by giving in to the non-science-based claims of a climate crisis and paying favors to the liberal elite who helped him cheat his way to the top, just turned on the American people.

At the time, Biden said that his decision was made to keep his promise to combat the climate crisis the world is supposedly facing. And “the Keystone XL pipeline disserves the U.S. national interest” to do that.

So because of the need for a “woke” image, Biden launched a direct attack on the American people.

Communities that would have housed, fed, and cared for those thousands of workers along the pipeline will now go without. After months of being under lockdowns and out of work, families that were counting on a steady paycheck now have to look elsewhere.

America as a whole, in fact, has been made out to be a liar and a cheat to its neighboring countries, all thanks to Biden and friends.

Luckily, there are those like TC Energy who are willing to make him pay for those decisions…