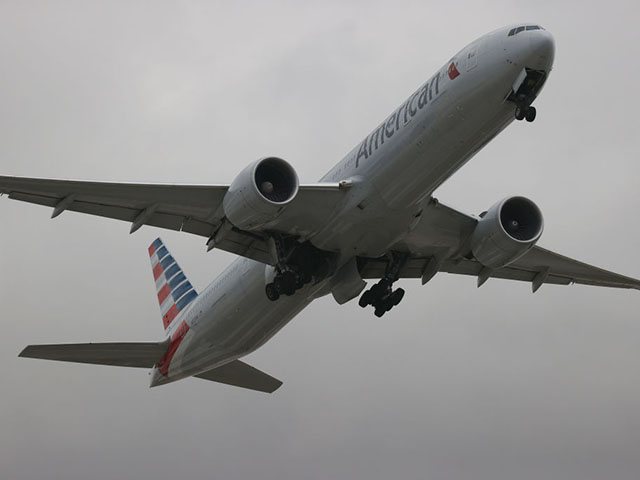 A clip posted on social media showed the woman with duct tape on her mouth and her upper body taped to the seat with her hands at her sides, the New York Post reported Sunday.

TikTok user lol.ariee wrote in the video’s caption, “so this happened on my american airline flight.”

The clip showed passengers gathering their belongings and exiting the plane when the woman was heard yelling.

The Tuesday flight from Dallas-Fort Worth to Charlotte, North Carolina, had been delayed for a few hours before finally leaving at midnight.

However, an hour into the flight chaos ensued, according to the TikTok user.

“Around 1:30, all of a sudden they start turning all of the lights on and we see flight attendants running up and down the aisles frantically,” she said in a subsequent post.

The pilot eventually spoke over the intercom and asked passengers to remain in their seats and explained, “We understand there’s a bad situation in the plane right now and we’re working on fixing it,” lol.ariee said.

“So then we start to gradually hear more and more screaming, and we’re like, ‘Wait a minute,'” she added.

Prior to landing, a flight attendant who sat nearby reportedly said a woman had experienced an apparent mental episode and wanted to get off the plane.

“She was like, screaming, frantic. She went up to like, the exits and she was banging on them, saying, ‘You need to let me off this plane,'” lol.ariee continued, adding she assumed it took five flight attendants to subdue the woman.

American Airlines confirmed the incident to the Post and said the woman assaulted and bit a crew member once she “attempted to open the forward boarding door” and was restrained for everyone’s safety.

Emergency crews met the plane in Charlotte and transported the woman to a hospital, according to the airline. She was later placed on its “internal” no-fly list pending an investigation, the outlet said.

The airline may not let someone fly temporarily or permanently if the person does not obey the law, is uncooperative or shows the potential to be uncooperative on board, or poses a risk to safety or security, its website read.