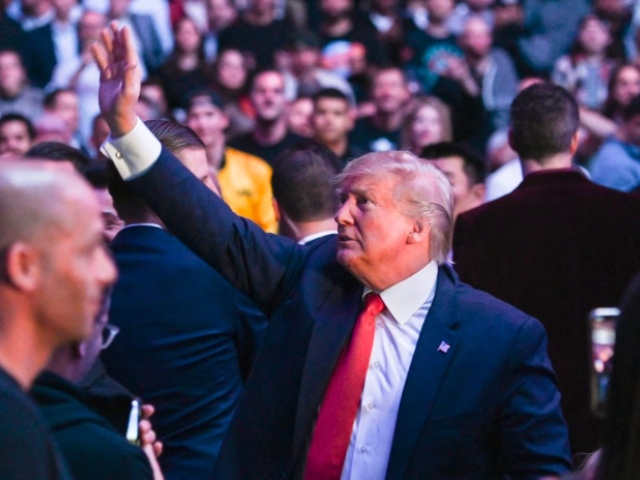 A small smattering of boos were quickly and resoundingly drowned out by chants of “USA! USA!” as former President Trump made his entrance to UFC 264 in Las Vegas.

Not only that, Trump got a standing ovation as well:

UFC 264 was headlined by the third fight in the trilogy between Conor McGregor and Dustin Poirier. Poirier dominated a fast-paced first round that ended with McGregor immobile in the corner after suffering a broken ankle.

Trump became the first sitting president in history to attend a UFC fight during his term in office. He and UFC President Dana White have maintained a strong friendship that stretches back before Trump was elected in 2016.

After the fight, White explained Trump’s visit as “two friends, who are fight fans, watching a fight.”