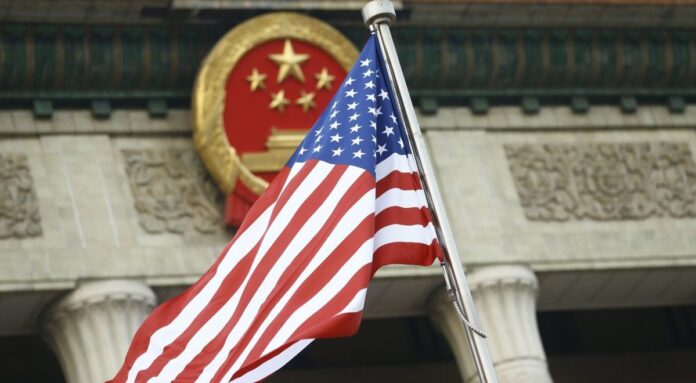 And now it seems that he has run out of executive orders that he can write from the Oval Office.

The president of boredom is looking at China as his next challenge. The media is the source that made that choice for him. So far, Biden has been able to skirt dealing with China. His foreign policies are weak at best.

But now that the media is lustfully hungry for more drama, they are looking to find out how he is going to forge ahead and develop relations with the red giant without making a mess of things.

The media makes Biden out to be this powerful man that is just waiting for China to try something. But when his track record is called into question, it becomes clear that he gives them what they want every time.

Biden pulled back on a Trump order that required educational centers in America to report on their relationships with China. Trump had to make this happen because Obama and Biden allowed the Chinese to move in and use the schools to indoctrinate the youth of America.

The Democrats allowed schools to neglect to teach about the Tibetan Independence Movement and the Chinese Communist Party’s evil. And they certainly were not going to talk about how China kills people and how they abuse humanity’s rights.

China has come to learn that if they can get other nations to promote their beliefs, they are just a few decades away from controlling the others around them. Joe Biden is the catalyst that they are using to push their Nazi-like teachings on American youth. And they won’t stop with the United States.

Other nations such as Canada and Australia are falling victim to the propaganda, as well.

The subtle part of China’s control over the educational centers is that they are using them as a feeding ground for acquiring stolen technology and research. Biden turns a blind eye to the problem as he refuses to think that the Chinese can do anything wrong.

Biden’s pullback of Trump’s order allows the communist nation to resume their activities of stealing technology. Instead of working with what Trump left in place to protect America, Biden thought he would forge his own road in dealing with the Chinese menace.

He wants no part of any other policy that was laid down before he took office. He is the lone ranger seeking his own path in the land of politics.

Biden made the promise to deal with China and keep them from over-running America. But so far, he has broken his word and has no reason to fall in line with his own promises.

In Biden’s world of delusion and mischief, he believes that China will work better with him than with Donald Trump. He is living on cloud nine that is about to dissipate out from under his sorry seat.

For years China has bought up the debt from other countries. They like having the power to control by using the debt as a way of blackmailing people into doing what they need them to do.

Biden just does not have ally support because they all are indebted to China. Even Biden himself owes the Chinese a ton of money, so they own him as well.

Biden’s failures will be his undoing. The old man will only one term if that in the presidency. People are already regretting the day that they voted for the man.

China is the exact opposite of what American politics looks like. They are the perfect picture of what bullying and torture look like from the top down. Biden may think that he has it together with how he needs to deal with China.

But the only thing he has together is nothing at all. He already removed past policies and failed to put in place anything to replace it.