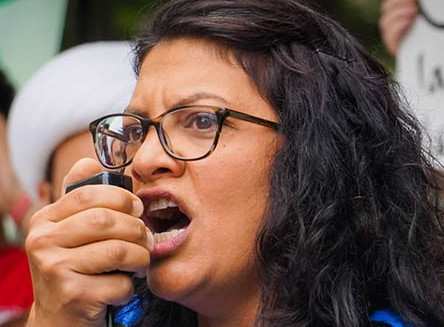 The country would be a better place if people such as Rashida Tlaib could not find it easy to spread their hatred for people. She is one of many Democrats that want to tear down the organizations that make America a safe and wonderful place to live. Her latest cries for attack call for the defunding and dismantlement of all immigration agencies in the country.

Tlaib decided that no one was paying attention to the northern border enough and attacking the way that border is handled. She claims that racial profiling is happening at the border. Somewhere in her diluted mind, she claims a military buildup between the United States and Canada. She fails to understand that the northern border is the most peaceful and open border in the world.

But one would think that the southern border should have better attention. Joe Biden has been putting pressure on people to use the little money available for the border. But the Democrats are great at developing conflict where there is not a problem.

The picture that Tlaib paints at the northern border does not exist. She wants to make it sound like the military actively searches and profiling people based on cultural background and skin color. She needs a reason to justify the defunding of ICE and other organizations within the country.

It was reported that the broken Tlaib was asked about Biden trying to push for more money to invest in modernizing ports of entry and the ability to detect things. Biden wants to see an increase in surveillance technology so he can spy on people trying to come in and out of the country.

The secret part behind Tlaib’s push is that she wants to make sure that nothing used at the border mirrors what Donald Trump has used at the southern border. They hate the man so much that they are unwilling to use his research into technology to defend the country from illegal invasion.

In an attempt to answer questions about her motives, she noted that “Look, the simple answer to that question is we must eliminate funding for [Customs and Border Protection], [Immigration and Customs Enforcement] and their parent organization, [Department of Homeland Security].”

Her weird idea is to defund the very organizations that make America secure. She has learned nothing from the failed attempts by her colleagues in large liberal regions to defund the police. Crime spiked, and people were being killed by thugs looking to prey upon the innocent. Those liberal leaders found out real fast that crime does pay when there is no law enforcement around.

She alluded that ICE and other immigration services are abusive and harmful to immigrants trying to illegally find their way into the country. They would have a better experience if they would just come legally.

The nutty congresswoman stated that “Time after time we have seen it as advocates on the ground, as human services agencies on the ground to continue to see over and over again, that these agencies are inept to humanely guiding migrants through our immigration system and… instead they further continue to terrorize migrant communities located within our communities.”

ICE would not have to come and find illegals if they obeyed the law and became legal citizens. They would be left in peace. But the facts dictate that the illegals are killing innocent Americans and getting away with it. She cries about human rights, but there is never any mention of the human rights of the victims of violent, illegal criminals.

The only answer the crazy woman has for fixing the country is to take apart its security forces. She does not understand what makes America the safest place in the world to live. The men and women that serve in law enforcement make the country a great place to live. They save lives and keep criminals from destroying the American dream for people that are working hard. Tlaib is a danger to the country and has already declared herself an enemy of the state because of the things she wants to do to America.