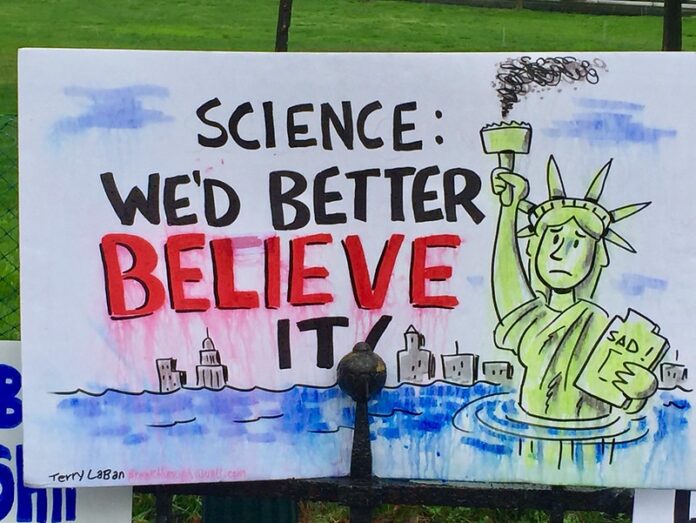 It’s the sort of piece that we find more interesting because of what it does not say about the current state of political discourse in this country. They are omitting an awful lot of details here. Let’s take a closer look at what Weigel had to say in this piece (and what he did not have the courage to say).

Amid bitter fights over the role Donald Trump should play in their party, the GOP is unified behind a clear message: Restrictions on in-person learning should end, and only Republicans are ready to end them. In interviews and in ads, Republicans are hitting the talking point hard, using the issue to woo suburban voters alienated by Trump’s abrasive style.

To make their case, the GOP is using Democrats’ promise to follow the science against them. Republicans have armed themselves with research from the Centers for Disease Control and Prevention, saying that Democrats are ignoring data to keep students at home, and that only union pressure can explain why.

“These kids have been out of school in parts of this country for almost a year, and if you follow that CDC guidance, they will not go back in this school year,” DeSantis said. “That is a disgrace, that is not science. That is putting politics ahead of what’s right for kids.”…

“It’s the teachers unions that want to keep the schools closed,” Rep. Tom Emmer, the Minnesota Republican who leads the NRCC, told NBC News. Democrats, he argued, were “standing with their special-interest donors instead of the students,” Weigel shares.

A companion piece was also published about the GOP’s willingness to push the Democrats on this issue. However, they do not seem too concerned about what is going to unfold over the next few months. The Washington Post seems to believe that the issue won’t persist for too long because the children are going to be back in school by the time fall rolls around.

The GOP has been looking to reopen the schools for some time now but to frame this as a mere political battle does the conversation a major disservice. To the Democrats’ credit, there are a number of mayors and governors around the country who are looking to get schools open again as soon as possible.

Even western liberal strongholds do not want to see children go much longer without in person learning. “San Francisco City Attorney Dennis Herrera announced last week he was taking the dramatic step of suing the city’s own school district, which has kept its classrooms closed nearly a year. In the motion filed Thursday in San Francisco Superior Court, Herrera included alarming testimony from hospitals in the San Francisco Bay Area, doctors and parents on the emotional and mental harms of extended distance learning,” various reports have indicated.

The teachers’ unions are the real problem here, not the Democrats. There are plenty of elected officials on both sides of the aisle who have been beating their heads against that brick wall for some time now. Those who are trying to make this into a battle between the GOP and the Democrats are totally missing the point. Everyone wants kids to be back in school, without a doubt.

Until the teachers’ unions have been sufficiently assuaged, we cannot imagine any movement on this one. Bipartisan consensus is going to be tough to come by at the moment but the parties are more aligned on this one than we are being told. The mainstream media spin is basically letting the teachers’ unions off the hook here and that’s not acceptable. Let’s tell the whole story here or don’t tell it at all.