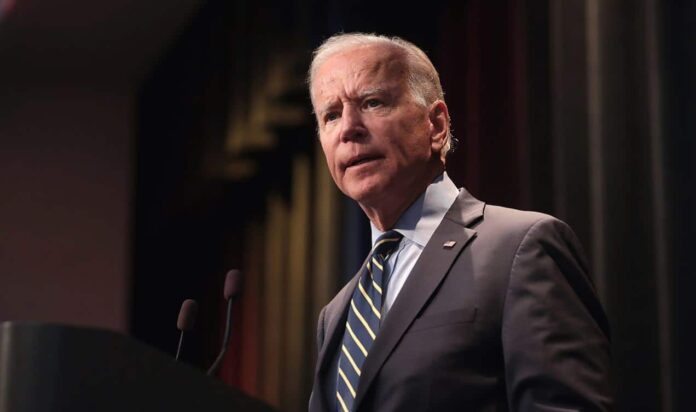 “When will they ever learn,” asked the musical trio of Peter, Paul, and Mary in 1962. Since the question was posed nearly six decades ago, the answer is a resounding never. Political hacks in their dementia-laden twilight years with little concept of current realities cannot create jobs just by saying they have a plan. Got it, libs? When will you ever learn?

Jobless claims are going in the wrong direction. They’ve ticked up. It’s one thing to take credit for increasing jobs, but if it’s only due to people who couldn’t work during the pandemic finally being able to report back in, it’s a false claim. It isn’t reality.

Last week saw an increase of 2,000 jobless claims, as reported by the Labor Department, and while this hardly seems significant, it is. 8,000 a month and steadily increasing puts it in better perspective. In addition, with the economy opened back up and employers free to hire at will, there’s a darker plague than the coronavirus looming on the horizon.

A local Subway Sandwich shop in Nitro, WV, had to shut down due to a lack of “sandwich artists.” Restaurants, manufacturers, hotels, and you name it, can’t fill the vacancies they’re advertising for, some to their total detriment.

It’s a two-fold issue. Workers want and need, higher wages to survive in an avalanching economy with rising inflation. However. After being forced to limp along for so long with no incoming revenue, if they survived at all, employers no longer have the capital to accommodate their worker’s demands and/or desires. It’s a stand-off with no winners.

If it helps at all to know, layoffs have been dramatically reduced. Once an employer has someone in their clutches they aren’t about to let them go, so if nothing else at least they’re being nicer. Not a huge score, but during this administration, you grab points where you can find them.

Yet another factor coming into play is that with consumers once again having the freedom to roam at will, they’re doing so in swarms. A never-before-seen increase in demand is leaving companies with their pantaloons dragging the floor. They can’t keep up and they can find enough workers to help them.

The Biden administration isn’t lying when they boast of the fastest rising economy in the history of humankind. We’ll agree with them but we certainly won’t allow them to take credit for what would have happened anyway. You can’t release an entire country from bondage and not expect their newly sprung citizens to not start spending money again.

It’s what’s happening now that counts and we have a front-row seat. Are you getting lousy service at your once-favorite restaurant? Blame Biden. Are lines in grocery and department stores getting longer due to one checkout lane being open? Blame Biden. He may have ridden the obvious impending economic recovery on a white stallion, but he’s since been bucked off and he landed with his head up his wrinkly arse. What to do? What to do?

Here are the cliff notes. In June, the Biden administration was patting their backs in full public view over the astounding 850,000 new jobs that were added. A remarkable achievement even by Trump’s standards.

What they failed to mention was how this figure falls well short, 6.8 million short, of where jobs stood in February 2020, just prior to the pandemic. You may recall the tens of millions of jobs the pandemic took with it. So yeah. No credit to give there no matter how you try to pin a “tall-tale” on it.

Prior to the pandemic, new applications for unemployment benefits averaged around 220,000 per week nationwide. With so many help wanted signs being hung in windows it would be easy to assume this number would be much lower now. Au Contraire. They are now being submitted to the tune of 373,000 per week. Once again. There’s a standoff.

Sure we’ve had our share of standoffs in the past. Plenty of them. And they’ve all eventually been resolved because someone became proactive enough to turn and fire the first shot. But it’s different this time. Biden can’t turn fast enough to pull his trigger first without falling on his ass, and even he could he’d be shooting blanks.