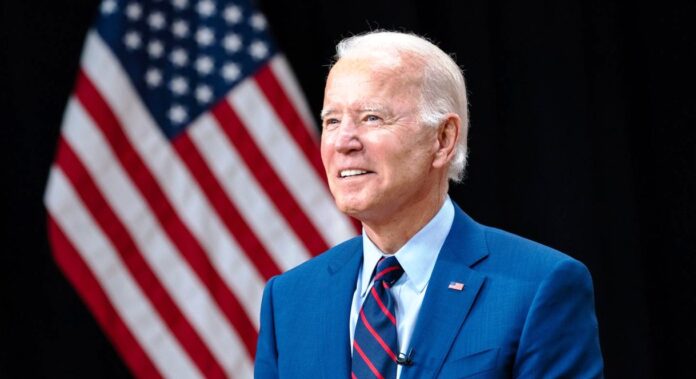 As you well know, the political left has made a significant issue out of climate change or the supposed climate “crisis” our world is facing in the last years. And with the inauguration of Democratic President Joe Biden, those issues were given even more of a voice. In fact, you could arguably say that Biden’s presidency thus far, beyond rooting out all the possible Trump policies he can, has been to ‘combat climate change.’

That’s supposedly why he shut down the Keystone XL pipeline project on day one in office and why a conservation plan has been put into motion by his administration.

However, after more carefully looking at these moves, it seems Biden and his staff’s objective isn’t really to help the world from destroying itself. Instead, it’s to give themselves more power…

The rather extensive plan outlines a vague goal to “conserve” no less than 30 percent of all American lands and waters in the United States by the year 2030 in a concentrated effort to fight the climate crisis.

Now, on the surface, the idea isn’t all that scary. I mean, the government already owns hundreds of thousands of acres in national forests, parks, and conservatories for just that purpose, to conserve nature and prevent its destruction by human hands. And those parks, reservoirs, forests, etc., have served us well over the years.

The problem is that the plan is just about as vague as they come.

As the Epoch Times report, page nine of the executive order directs federal agencies, which don’t happen to be listed, to submit a report giving ideas or “strategies that will encourage broad participation in the goal of conserving 30 percent of our lands and waters by 2030. The report shall propose guidelines for determining whether lands and waters qualify for conservation, and it also shall establish mechanisms to measure progress toward the 30 percent goal.”

So basically, it is asking for ideas on how to encourage land and water owners, both private and public, to give up the rights to their property.

And quite naturally, the vagueness and lack of details so far are raising some concerns, primarily among Republican and western governors.

Republican Nebraska Governor Pete Ricketts is one such individual.

Ricketts is so concerned about the possible federal land grab that he has signed his own executive order banning his county from having their property taken by the feds. And he’s asked that concerned citizens everywhere else consider doing the same.

In addition, he has partnered with 14 other Republican governors in writing a letter of concern to the Biden administration, as was hinted at above.

The letter quite simply states that the group of governors is “deeply concerned about any effort to enlarge the federal estate or further restrict the use of public lands in our states.”

The main fear is that the Biden administration may resort to forcibly seize private property, with compensation, of course, should no other ideas be put forward. In addition, there is concern that farmers and ranchers may be subjected to new taxes, regulations, etc., that would “encourage” their land to be “conserved” by the federal government.

In the April letter to Biden, the governors pointed out that they are strictly “opposed” to any such moves by the federal government and will fight it at all costs, as either the condemnation or limitation of land in this way is a direct infringement of private property rights. This would also harm a significant number of our communities, as they rely on such lands to supply a living.

Hopefully, the plan isn’t as bad as it sounds. But if it is, we had better be prepared to raise our voices in alarm and opposition, as Ricketts has.