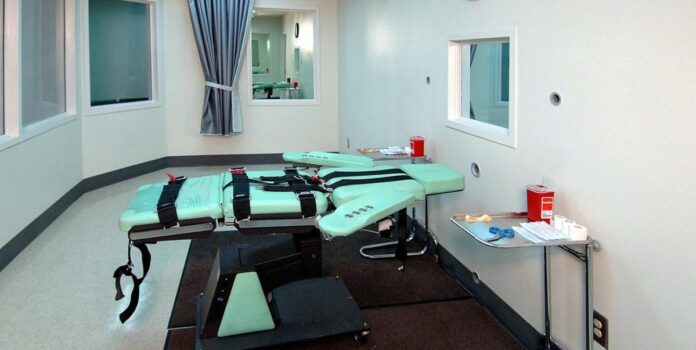 The only way to emotionally survive the job of a prison executioner is to call things what they aren’t. To soften the reality of what just transpired at their hands, knowing the entire time, they were only doing what was required of their job. If they hadn’t done it someone else would have.

In the final days of Trump’s presidency, and not at all uncommon for vacating president’s to do, he ordered the final executions of 13 federal inmates. For the families of the victims of the horrific crimes carried out by the death row inmates, Trump provided them with a degree of closure.

The team of executioners who were tasked with snuffing out the inmate’s final breaths, use various terms outside of the norm. Gurneys are referred to as “beds,” and the executed prisoner has “fallen asleep” rather than died. Their final gasps for air are referred to as “snores.”

Be this as peaceful and tranquil as it sounds on the surface, this is not what the press say happened during the execution of the thirteen. The Associated Press, along with a heaping helping of other news outlets who were on hand to witness the auspicious events, are telling a spine-rattling story.

The reporters who were on hand have all said how they were horrified as they watched prisoners’ stomachs roll, and as they uncontrollably convulsed from the injection of pentobarbital. This all happened in Terre Haute, Indiana, inside of the U.S. penitentiaries death chamber where many in the past have met their fate.

Contrary to what was witnessed first hand, when given a chance by the court to explain what had gone wrong, they remained silent. There had been no glitches. It had been business as usual.

Some skeptics are now saying the executions were not carried out properly because the Trump administration wanted to get them over quickly before Joe Biden assumed power. They are saying that the proper mix of chemicals was not used, and those that were were not administered in the proper sequence to avoid undue suffering.

Attorneys for the deceased inmates are saying the pentobarbital caused flash pulmonary edema. This is when fluid pours through the already disintegrating membranes causing it to enter the lungs and block airways. This can be compared to drowning.

The lawyers are arguing how this “cruel and unusual” method of execution is unconstitutional. In other words, death row inmates should have the privilege of dying a more comfortable death than their innocent victims were subjected to. Poppycock.

Liberals are gearing up to use the fiasco to their advantage. They’re already building a case to put heavy pressure on the Biden administration. Their first step will be in halting the executions of all federal inmates still collecting dust on death row. There are an estimated 50 of them.

Secondly, Biden will receive additional pressure to put his weight behind a bill that calls to end death penalties on the federal level, altogether. So far, Biden hasn’t stuttered a word about any of this.

According to AP reports, when inmate William LeCroy was put to death for the brutal slaying of Joann Lee Tiesler, a nurse from Georgia, his entire stomach area uncontrollably heaved. The reports say the 50-year-old man remained in excruciating pain for roughly one minute. This all occurred immediately following the injection of pentobarbital.

In the words of LeCroy’s executioner, Eric Williams, “During the entirety of the execution, LeCroy did not appear to be in any sort of distress, discomfort, or pain,” he wrote. “A short time after he took a deep breath and snored, it appeared to me that LeCroy was in a deep, comfortable sleep.”

Williams had been standing right next to LeCroy watching him die, as is a requirement of his job description. He also made a brief reference to “the rise and fall” of LeCroy’s abdomen but noted nothing out of the ordinary. Williams served as the executioner for five of the thirteen federal executions and has just been promoted to the interim warden of the same Brooklyn prison where Jeffrey Epstein didn’t kill himself.

This is a tough one to call and it’s hard to say what will come of all of this. In closing though, this one question begs to be asked.

Should death row inmates being afforded the luxury of comfortably being executed, unlike their victims? You tell us.