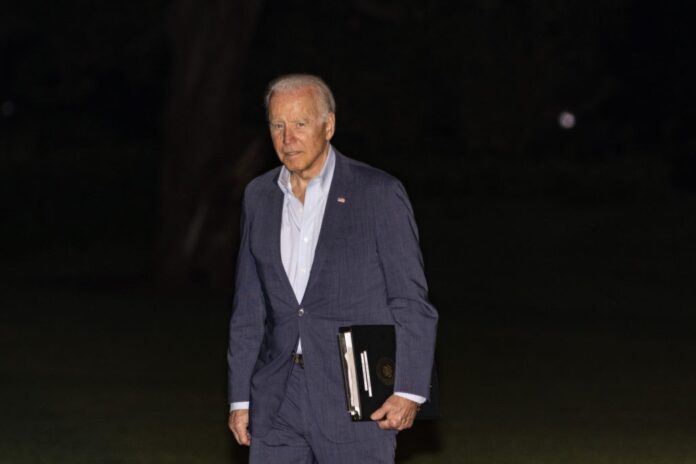 The Consumer Price Index rose 5.4 percent compared with a year ago, the Department of Labor said Thursday. On a monthly basis, the CPI rose 0.9 percent–nearly twice as much as expected.

Economists had expected the Labor Department to report that consumer prices rose 0.5 percent in June compared with May, down a tick from the 0.6 percent initially reported in the previous month. The consensus forecast was for a 5.0 percent gain when measured against June of 2020, which would have been tied with May, the hottest reading since skyrocketing energy prices pushed up the index in the fall of 2008.

Inflation has come in above expectations for three months in a row. The June monthly figure is the highest since June 2008, when prices jumped 1 percent in a single month.

Federal Reserve officials and Treasury Secretary Janet Yellen have said they expect this rapid rise in the cost of living to taper off later this year. The year-over-year numbers are boosted by what economists call a base effect, which simply means that the figures are based on gains over prices that were depressed by pandemic shutdowns. In a few months, however, the comparison will be against less depressed prices as the economy began to recover.

Increasingly, however, some analysts fear that inflation could go on for longer and become hotter than expected because of the combination of very low-interest rates, pent up consumer demand for goods and services, a particularly large budget deficit, and the release of excess savings built up by stimulus payments. A survey of economists released Monday showed that many expect the period of elevated price gains to last longer than anticipated a few months ago. A survey of consumers by the New York Fed found that the public expects prices to rise 4.8 percent over the next 12-months, the fastest anticipated inflation on record in data going back eight years. A plurality of Americans now say price levels are the most important economic indicator, a change from earlier in the year when unemployment and jobs figures were considered the most important.