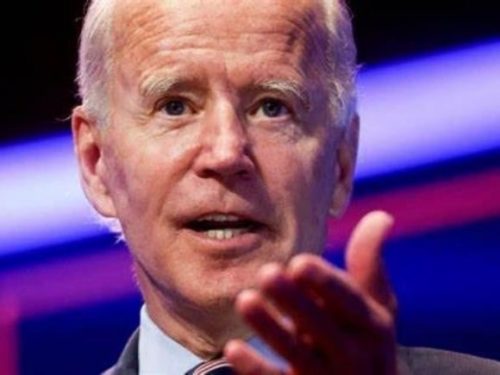 Joe Biden and his well-hidden mental state are beyond words at this point in his existence. Biden’s mental ability has declined to the point that it is verifiably recognizable by the American voter. The part that is just starting to come to the surface is that the Democratic Party hid the state of his health so much that it was hard to see the truth until now. Joe Biden is a man with a mental state of decline that was never fit to be a president.

Biden has unknowingly surrounded himself with people acting as a guard to his actual mental state. Every attempt to reach the declining president is met by a team of people employed with hiding and shielding Biden from public exposure. These people are ready to die to protect the president from being embarrassed or harassed by people that the Democrats have lied to.

His press team is armed with speeches specially written to no confuse the mental president. His team covers for his blunders, and they take the cheap shots by the media for him. They even try and clarify the mystical statements that he mumbles when he speaks.

The issue that his team is struggling to coverup is how he is dealing with the Chinese regime. The misaligned statements have left his team highly confused and mostly in the dark. This makes it next to impossible to give accurate information to people seeking answers.

The beloved relationship that Biden wants to have with China is a back romantic novel at best. During an event in Milwaukee, Biden stated that “We must speak up for human rights. It’s who we are! When they haven’t been unified at home.” He went on to mention something about China being the victim of outside influence. This is where the media scratches their proverbial heads and tries to print a fake news story to clarify what the crazy man is speaking.

Biden sounded like he blamed Donald Trump for the millions of abused Uighurs that are forced to live near concentration camp conditions. It also sounded like the mixed-up man is excusing China’s actions.

Biden stated that “The central principle of Xi Jinping is that there must be a united, tightly controlled China. And he uses his rationale for the things he does based on that. I point out to him, no American president can be sustained as a president if he doesn’t reflect the values of the United States. And so the idea I’m not going to speak out against what he’s doing in Hong Kong, what he’s doing with the Uighurs in western mountains of China, and Taiwan, trying to end the One-China policy by making it forceful, I said – by the way, he said he gets it.”

In Biden’s world, a tightly controlled China means more murders and disappearances of people that would stand up to the evil leaders. He goes out of his way to not that “Culturally, there are different norms that each country and their leaders are expected to follow.”

To him, the concentration camp methods and murder of people are all acceptable ways of keeping control of China’s people. Biden is all for suppressing freedom of speech and other things that people should be free to do.

These statements go against the very foundation of human rights. The Chinese are murdering people for speaking out against the evil taking place behind closed doors, and they are being killed for their protests. And Biden thinks that these actions are cultural norms. Under his presidency, Americans are at risk of similar actions.

Bumbling Biden also stated that there is no distribution plan for Americans to receive the vaccine. But many people know that millions of people have already been pumped full of the vaccine developed under President Trump.