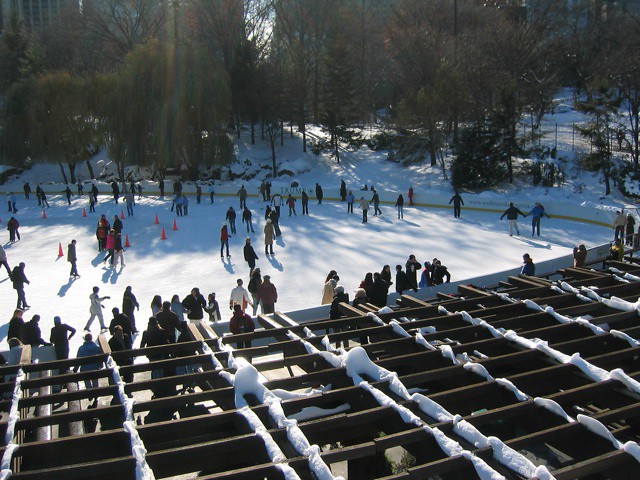 Does that matter to DeBlasio and his band of crazies? You know it doesn’t! They are using their Trump vendetta to attack innocent residents who are merely looking for leisure activities. Believe it or not, de Blasio could have been patient on this one. The contracts were going to expire once April rolls around anyway.

He could have quietly let them expire but that’s not good enough. The anti-Trump rhetoric needs to be turned up to 11, so that the liberals are able to feel good about things. Now that the mayor has decided that he has to have his way, the Trump contracts are supposed to be ended this week. Any children who are looking to go skating will now need to take that up with Bill.

Trump will be more than happy to mention this the next time he releases a statement. He loves to point out when his enemies make foolish decisions that are based on little more than spite. The fact that children won’t be able to play now is a little bit ridiculous to us. “Skaters arriving at Central Park’s two ice rinks are in for a cold awakening next week — the rinks, which are both managed by the Trump Organization, are being shuttered by City Hall to punish the former president for the deadly Jan. 6 Capitol riot, The Post has learned.

The Trump Organization says its last day of operating the iconic Wollman Rink and the smaller Lasker Rink at the park’s northern end will be Sunday. The rink contracts had been set to expire in April, but Mayor de Blasio has moved to ice Trump out a month early, effective Feb. 26,” the New York Post reports.

The mayor is not even trying to hide his reasoning for this decision. It’s a partisan political choice and he does not care who knows it. He does not know how to make anyone happy, in all honesty. He tries and tries but nothing comes of it. It’s clear to see what he wants to be: a hero to the Resistance crowd but that is never going to happen.

The best part of all is that he is undoubtedly sitting the city up for all sorts of financial and legal problems with this childish edict. One day people will realize that going after Trump like this does very little to hurt him. It is only going to hurt the city and the good people who live there. Someone tell the children that they cannot enjoy ice skating anymore because the mayor says so.

Better yet, tell them that they are not going to be able to skate because the mayor has a bone to pick with Trump. Eric Trump has already said that he is going to take the city to court if the contracts got terminated earlier than they were supposed to. The mayor seems to believe that he has found a loophole that allows him to do this. The contracts can be terminated if there is any illegal activity.

We are not sure if this defense is going to hold up in court but we cannot wait to see these two duke it out. Trump is happy away from the White House and enjoying life. Why they keep trying to ensnare him in all of this nonsense is beyond us. The level of pettiness that is on display here is absolutely ridiculous. We would say that the mayor should be ashamed of himself but we doubt that this is an emotion that he is familiar with at this point.