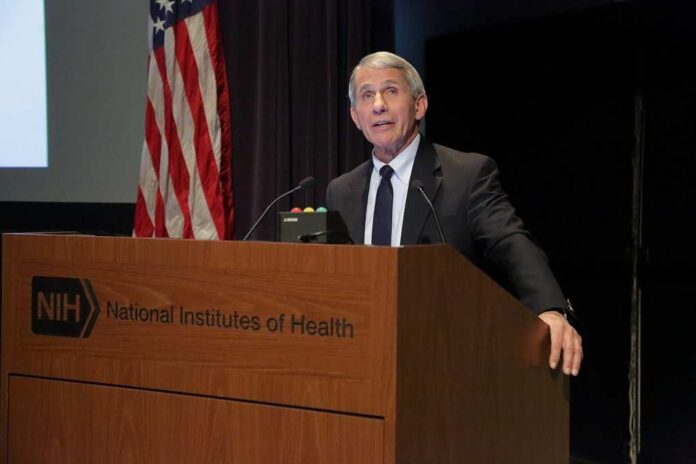 Dr. Anthony Fauci, the head of the National Institute of Allergy and Infectious Diseases and Chief Medical Advisor to President Biden, is one of the main sources that is financially resourcing the use of organs from aborted babies in a federally-funded study.

On Tuesday it was reported that researchers at the University of California San Francisco harvested genitalia — including “gonads” — for experiments. Here is a list of agencies that supported the research:

It has been reported that UCSF’s Bixby Center for Global Reproductive Health supports several programs that have trained thousands of medical students throughout the United States to perform abortions.

Pro-Life San Francisco has looked into a number of UCSF’s connections to the abortion industry through public records requests. They discovered a May 2021 study at the university that experimented upon second-trimester babies obtained from “terminated pregnancies.”

The study is known as “Viable bacterial colonization is highly limited in the human intestine in utero.” It examined the extent to which different types of bacteria would grow in the aborted babies’ spleens, lymph nodes, and small intestines.

In a section of the report, “Human Samples and Consent,” it stated that the “donated” human tissue was acquired under the UCSF Committee on Human Research’s protocols after written informed consent from the Department of Obstetrics, Gynecology and Reproductive Science at Zuckerberg San Francisco General Hospital.

The aborted babies used in the study ranged between 18 and 22 weeks gestation at the time of their deaths. In the second trimester of pregnancy, babies are able to suck their thumbs, yawn, stretch, and make faces.

Anthony Fauci has been discovered to have granted the majority of the federal funds awarded to the University of Pittsburgh by the National Institute of Health for research involving aborted fetuses.

David Daleiden, project lead and founder of The Center for Medical Progress, said that, in 2019 alone, Fauci’s office awarded the University of Pittsburgh $61 million of the $109 million that they received from the NIH for research that included attaching the scalps of aborted fetuses onto the backs of lab rats and mice.

Daleiden said in one interview: “In order to get the intact fetal scalps in the recent Pittsburgh study funded by Fauci’s NIAID, the Planned Parenthood abortion doctors supplying the Pitt tissue bank would have needed to use illegal partial-birth abortions to extract the fetal heads whole enough to yield usable scalps. Unless the consent forms told the pregnant patients their babies would be scalped to stitch onto lab rats, the consents are almost certainly invalid through fraudulent omissions.”

In April, the NIH reversed a policy implemented during the Trump administration in 2019 that restricted research conducted using fetal matter. The Trump administration’s restrictions barred government scientists from taking part in fetal research, and grant proposals sent to the NIH by academic institutions were required to undergo a review by an ethics advisory board to determine if the research should be funded.

Pro-life advocates are now demanding Fauci be removed from his post as NIAID director for his role in funding illegal procedures. Students for Life of America President Kristan Hawkins recently said that Americans are “entitled to an NIAID director who is committed to medical ethics and the rule of law.”