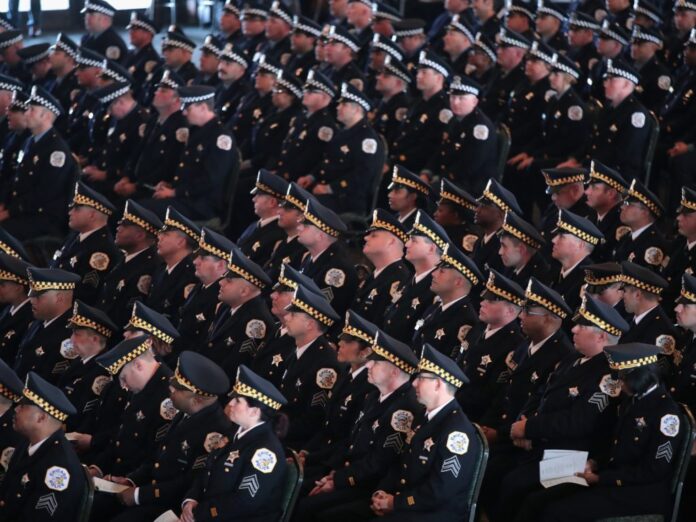 Forty-four percent of registered voters in the July 8-9 survey said they want more police and policing activity in their community, the Hill reports.

A majority of Hispanic voters, 54 percent, want more police in their community along with 46 percent of white voters and 29 percent of black voters, an outcome that runs against the perceived support for the Black Lives Matter movement and its defund the police cohorts.

Eleven percent of black voters said they want less police in their area along with 10 percent of Hispanic voters and five percent of white voters, the polling revealed.

Shootings and killings are up around the nation, with local politicians and police struggling to manage the violence that has become a marked feature of so many Democrat-controlled cities like Chicago.

In 12 American cities run by Democrats, the murder rate is skyrocketing, according to a study by the Law Enforcement Legal Defense Fund (LELDF). Nationally, the murder rate has hit a 26-year high.

As Breitbart News reported, the LELDF study sees a direct correlation between the Democrat party’s anti-police rhetoric and how Democrat-run cities have turned that rhetoric into action through police budget cuts, mandates that reduce policing efforts such as stops and arrests, a lack of criminal prosecution by far-left prosecutors, and the morale issues that have resulted in a massive number of retirements.