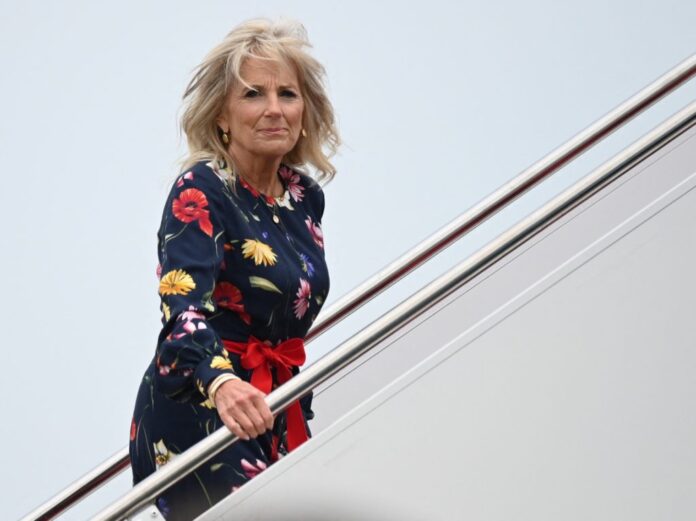 The president is not going, in recognition of the extraordinary health precautions around the Tokyo Games, with fans banned from stadiums and athletes not allowed on public transport.

His agenda in Washington during the time his wife is away has not been made public.

As Breitbart News reported, Jill Biden will also meet with Prime Minister Yoshihide Suga and other senior diplomatic officials during her stay in Japan.

The Tokyo sojurn will not be first time the first lady has stepped out in place of her husband or played a part in his day-to-day political engagement with the public.

As Breitbart News reported, during last year’s presidential campaign she visited the Twin Cities, making stops in St. Paul and speaking to supporters in Minneapolis in support of her husband’s bid for office.

In April this year Biden journeyed to California in a visit to a pop-up vaccination site for farmworkers designed to encourage others to join the national mass coronavirus vaccination program.

Video of the first lady’s effort to speak Spanish to around 100 farm workers during the stop in Delano attracted almost as much attention as the flag that provided the backdrop.