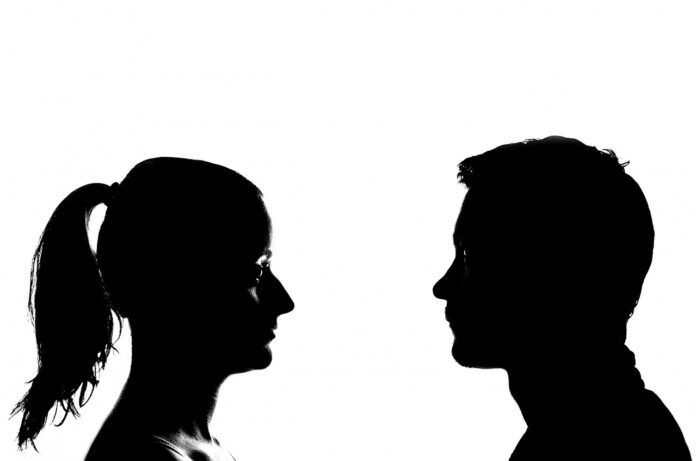 Author Barnor Hesse, a professor of African American Studies at Northwestern University, has established a list of “The 8 White Identities.” They range from “White Abolitionist” to “White Supremacist.”

Wait, this can’t seriously be a thing. Oh, but it is.

This is, by definition, one of the most racist things to be published in this century. There’s no way to spin it.

In an effort to eliminate systemic racism toward Black Americans, they’re turning around and doing the same to White Americans. No one should have to identify their white identity.

Yet, the principal at a public school in New York City has decided that identifying is exactly what needs to happen. At East Side Community School, parents received the literature to list the eight identities with a request to reflect on their whiteness.

The eight identities are featured on a color-coordinated meter to determine just how white they are. As for Hesse’s reasoning for writing this, he believes that “white people have been the ones writing about and governing Others.” Huh. This is 2021, not 1921. There are countless black individuals in positions where they are writing about and governing others – mayors, governors, senators, representatives, and even the president.

The spectrum is insulting, to say the least. And there’s a description of each identity to make it easier for people to determine how they should classify their whiteness.

In the red zone include white supremacist and white voyeurism. In the orange and yellow are white privilege, white benefit, and white confessional. Then, in the green are white critical, white traitor, and white abolitionist.

Of course, everyone should work toward being a white abolitionist where whiteness is dismantled and “not allowing whiteness to reassert itself.”

The school’s principal, Mark Federman, took it upon himself to share this with the parents throughout the 6th through 12th grade. He wanted it to be food for thought.

Surprise – parents are offended. Many have determined that the school is full of vile racism. How can they not see this as being offensive to anyone who is white?

Yet, it appears that the Department of Education spokesperson is in full support of what the school has done, saying that “Anti-racism and the celebration of diversity is at the core of our work on behalf of the young people of New York City.”

Telling someone to forget who they are and to eliminate whiteness is racist. There’s no way to celebrate diversity and anti-racism when they’re sharing one of the most racist documents to ever be published.

Should black parents have to identify, on a spectrum, just how black they are? After all, if this is supposed to be about anti-racism and the celebration of diversity, let’s find out just how black some of the members of the community are. The descriptions can include such things as their home life, their connection with slaves, and how open they are to have friends who are white.

It sounds ridiculous. Well, what you do for one group should be done for another. That’s what equality is all about.

The spokesperson for the Department of Education seems genuinely surprised that the school employees are receiving threats over the materials, saying “Our staff are now being targeted with vile racist, anti-Semitic and homophobic slurs and degrading language from people outside of their school.”

Well, that’s what happens when you are obviously racist.

Federman, meanwhile, isn’t the most upstanding principal. He was arrested in 2007 after blocking security guards from removing a student who punched a guard in the eye.

Meanwhile, the Slow Factory Foundation is sponsoring the curriculum of the color-coded meter of white identities. They’re focused on offering an equity-centered education.  Too bad they don’t actually know what equity means when it comes to including all races.