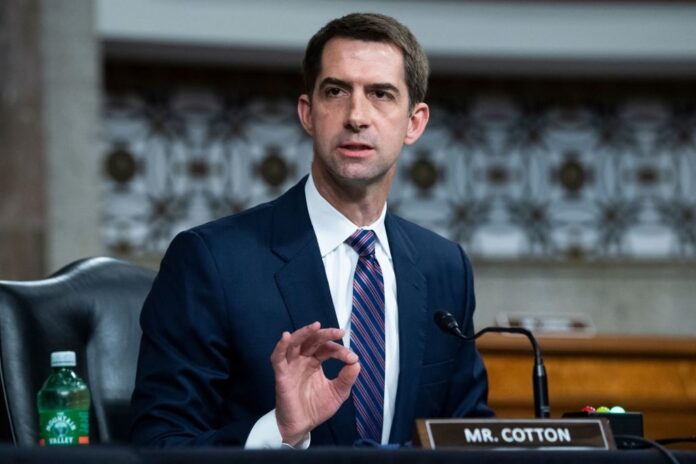 “Critical Race Theory teaches people to obsess over race and to believe that America is an evil, oppressive place,” Cotton said in a press statement. “Federal funds should not be used to support activists in schools who want to teach our kids to hate each other and their country.”

Known as the Stop CRT Act, the bill would also codify former President Donald Trump’s executive order on race and sex discrimination, one that was expanded to include a ban on teaching or training that one race or sex is superior, that America is fundamentally racist, and that one race is inherently racist and oppressive while others are victims.

The legislation would “prohibit the federal government and federal contractors from using trainings inspired by Critical Race Theory,” Cotton’s office stated in the press release.

Rep. Dan Bishop (R-NC) introduced the companion bill in the House of Representatives.

Why should this poisonous, neo-Marxist ideology be funded by the federal government? CRT simply has no place in America’s schools, institutions, or the military. I applaud Senator Tom Cotton for taking up the Stop CRT Act in the Senate as it will fully defund efforts to put CRT into practice at the federal level, setting the right tone for the rest of the nation.

According to the press statement, the Stop CRT Act of 2021 would not prohibit individuals from having access to materials or information on Critical Race Theory for the purpose of research. Additionally, the bill would not block individuals from exercising their right to free, lawful speech.

Cotton also introduced the Saving American History Act in July 2020, to ban federal funds from being used to teach the widely discredited New York Times “1619 Project.” He reintroduced the same bill in June.

Additionally, the Arkansas senator launched the Combatting Racist Training in the Military Act in March and, along with Rep. Dan Crenshaw (R-TX), created a whistleblower web page for those in the military who want to report evidence of Critical Race Theory training.