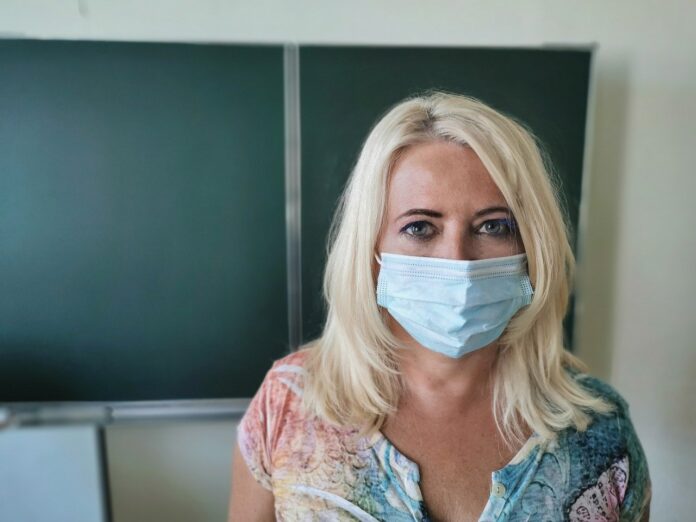 The North Dakota House of Representatives has made a landmark decision that many citizens across the country will be applauding. Future mask mandates are now going to be illegal in this state. The vote passed by a count of 50-44. The bill is now making its way to the state Senate and we have very high hopes.

We don’t reside in North Dakota but these are disputes that we are always watching closely. “Our state is not a prison camp,” said the bill’s sponsor, Rep. Jeff Hoverson. Well said, Jeff. Republican Gov. Doug Burgum decided to put a mask mandate in place a few months back but he seemed to regret the choice.

It wasn’t long before he was wondering if this was the right way to go. According to the Grand Forks Herald, Hoverson referred to the mask mandates as “diabolical silliness”, which is a great turn of phrase. That’s one that we may end up stealing, to be honest. We hope that he gives us his blessing.

The parties who are responsible for passing these laws were also taken to task. Hoverson called them “unelected, wealthy bureaucrats who are robbing our freedoms and perpetuating lies.” Again, we are not seeing any lies here. Finally, there is someone in power that is willing to behave in a logical manner.

Rep. Jason Dockter is the only one who spoke out against the bill. Surprisingly, he is a Republican. His concern is a simple one. He wants all of the local jurisdictions to be able to make decisions on their own and we can see where he is coming from. We don’t necessarily agree with him but what else can be said at this point?

The mask mandates clearly are not working. We went from needing to stay inside for a few weeks to being inside for an entire year. No one is trying to diminish the severity of the pandemic, these are just the facts as we see them. Apparently, we are not alone when it comes to this point of view. It makes us feel much, much better.

WDAY has more on this developing story. “Both chambers of the Legislature have required that masks or face shields be worn in areas of the Bismarck Capitol building under the branch’s control, though the rule is lightly enforced and oft ignored by lawmakers. House Speaker Kim Koppelman, R-West Fargo, reminded legislators to wear their masks on the chamber floor Monday, but he noted the rule may be reexamined in the next few weeks,” they said.

Those who want to wear masks can still continue to do so and these bills are not designed to impinge on their freedoms, either. That’s important to remember. Sometimes, people who are not looking to wear their masks make the mistake of trying to force this philosophy on others. Let’s leave all of that to the liberals instead. They are the ones who are shrill and obnoxious about these things.

In fact, maybe we need to move to a different state where common sense can actually reign supreme. It’s been so long since we had access to decision makers who were not led around by their own biases. Stories like these serve as a huge breath of fresh air but anyone who thinks that they are going to become commonplace is kidding themselves. The damage that this pandemic has done to the psyche of this nation is going to take years to unpack.

We can foresee a future where many Americans choose to continue to wear a mask. That is perfectly okay. In a nation where personal freedom is the guiding principle of many decisions, we are not going to be shocked that people choose to keep their masks on. Lots of people are enjoying the fringe benefit of blocking all of the usual colds and flu that the wintertime brings. Let the rest of us decide for ourselves, too!