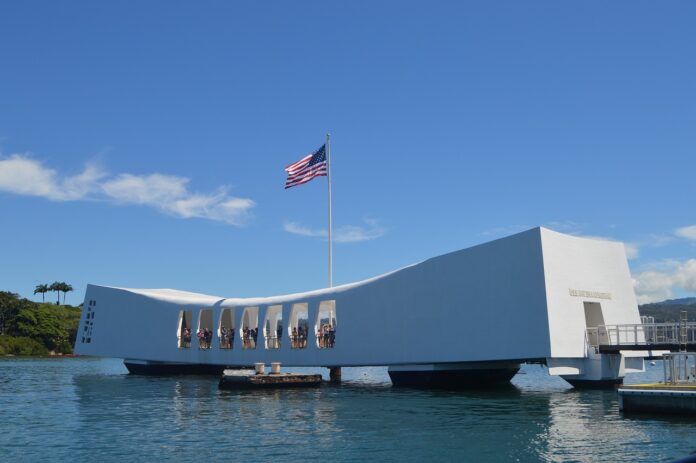 If you’ve been paying attention to national and worldwide news as of late, you’ll know that China has recently made some rather disturbing moves towards their island neighbor of Taiwan. The thought process in China has long been one that establishes Taiwan as a rebellious province in need of bringing control back to and not that of a separate democratic country.

Naturally, this would lead China to want to force submission from Taiwan and its capital of Taipei. And in recent weeks and months, it has seemed that a war might be inevitable over control of the island.

However, as one high-ranking American ally just pointed out, an impending attack on Taiwan might not be the only one we should be worrying about. And if he’s right, Hawaii may once again find itself under siege.

According to Japanese State Minister of Defense Yasuhide Nakayama, it’s looking more and more likely that the communist nation of China, in league with its seemingly newfound ally of Russia, could be planning a “Pearl Harbor-style” surprise attack on the island state of Hawaii.

Nakayama made the warning in a virtual speech to an American conservative think tank, the Hudson Institute, last week. In the speech, he reminded us that China and their neighbor Russia have been training and “doing their exercises together” for weeks now. And as of last week, those exercises seemed to be taking place awfully close to U.S. waters in Hawaii.

Nakayama said, “Seventy years ago, we (attacked) Pearl Harbor, but now U.S. and Japan (are) very good allies. Like it’s one of the best allies in the all over the world. I don’t want to remind (us of the attack) 70 years ago, but we have to be careful of the exercising of the Russians. They are taking the place (off) the western side of Honolulu, the Hawaii.”

This information was only confirmed by Honolulu Star-Advertiser, who spoke with a U.S. Navy spokesman. The outlet noted that while most foreign naval drills and exercises take place some hundreds of miles offshore, last week, Russian naval drills brought their ships “approximately 20 to 30 nautical miles (23 to 34 statute miles) off the coast of Hawaii.”

Let’s just say that’s awfully close and definitely something U.S. military leadership should be aware of.

Of course, when it comes to Russia’s word on the supposedly naval drills, they claim the close proximity to the island state was for exercise reasons only, to verify how well their weapons and ships’ functioning did in “a hot climate.”

According to TASS, the Russian Pacific’s Fleet press office stated that the ships exercising in the area “held missile and artillery firings it the Pacific waters. In the course of practical measures, the warships jointly repelled a notional enemy’s air attack. The exercise was intended to check the reliable operation of shipborne weapons in a hot climate.”

Nakayama said it might be if both Chinese and Russian forces had not recently made a habit of traveling through the waters between Japan and Hawaii regularly.

He says this, added to the already tenuous situation in Taiwan, should make both Japan and the U.S. a bit cautious going forward.

Now, of course, China is trying to deny the whole situation.

Chinese Foreign Ministry spokeswoman Wang Wenbin heavily rebuked Nakayama the day after he warned of a possible coming attack. However, her rebuke seems to be less about the possibility of such attack plans and more about the fact that Nakayama referred to Taiwan as its own independent nation and not a part of China.

Wang said Nakayama’s remarks about the potential dangers Taiwan and the U.S. could face were nothing more than a way to “break free from the military restrictions imposed on Japan” over their past crimes, which is “extremely irresponsible and dangerous.”

But what she really took offense to was that he “refers to Taiwan as a ‘country’ on multiple occasions, severely violating principles set out in the four political documents including the China-Japan Joint Statement.” She concluded by asking that Japan “make crystal clarification” in the future to “ensure that such things won’t happen again.”

So could there be an attack? Well, China won’t say, of course. The only clear thing is that they don’t like it being implied that Taiwan is not theirs to run as they see fit.

And from that, we should all take concern and be on high alert…