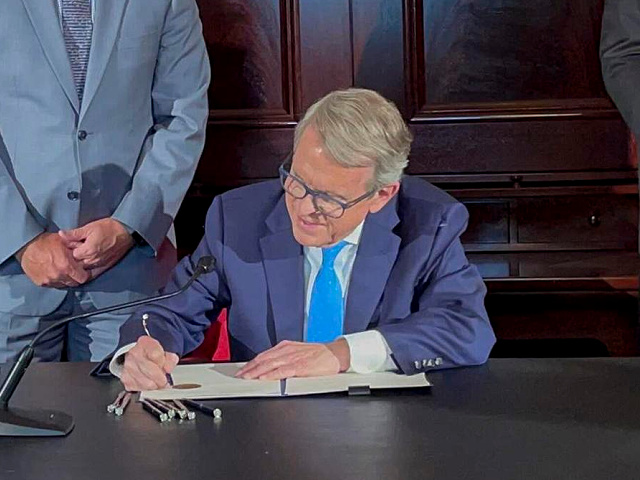 The bill takes effect in 90 days and specifically targets the coronavirus vaccine — which was approved by the FDA for emergency use. House Bill 244 prohibits public schools, colleges, and universities in Ohio from requiring “an individual to receive a vaccine for which the United States Food and Drug Administration has not granted full approval.”

The legislation also prevents Ohio residents who have not received the emergency use vaccine from being discriminated against when it comes to being included in certain activities, like sports.

Columbus’s WBNS reported DeWine “signed the bill without comment, although a day earlier he said the FDA needs to move coronavirus vaccines from emergency use authorization to full approval as soon as possible,” citing his concern of the “emergency element.”

“It is past time for the FDA to take into account that hundreds of millions of people have received these vaccines, and move it from an emergency basis over to a regular basis,” DeWine said Tuesday. “That will help us, in Ohio and across the country, to get more people vaccinated.”

Ohio Senate Democrat Caucus leader Kenny Yuko took to Twitter Wednesday to express his frustration over the legislation being signed into law by Gov. DeWine.

“I am disappointed by Governor DeWine’s decision to sign House Bill 244 into law. Public schools and universities in Ohio should be able to create policies to keep their students and employees safe,” Yuko said in the tweet.

“Vaccines are safe and effective,” Yuko added. “They have saved American lives and have allowed us to make so much progress against Covid-19, but we need to remain vigilant. This is not the time to let our guard down.”