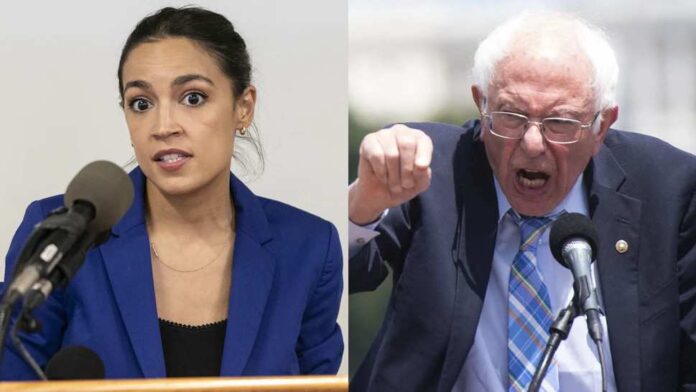 Bernie Sanders is the oldest progressive that America is cheering on the communist regime in Cuba. His socialist policies he spreads around America and campaigns with mirrors precisely what the Cubans are protesting about. Sanders and his Democratic lovers have been silent on the Cuban protests since they broke out over the weekend. The selfish liberals cannot believe that such a demonstration of reality is taking place that spells out precisely what they envision American being like.

The Cuban people waved the American flag as a symbol of what they want for their government. They want freedom because they are tired of living under oppressive rule. Many Cubans have fled to America in an attempt to escape the horrors of communism.

Cubans who settle in America never vote Democrat because they do not want to return to communist rule. The truth of what defines the liberals rings all too clear in their minds. They know that America is the last place on earth that they can go to live a free life.

The poverty that many of the Cubans live with is a direct result of the Cuban dictator’s greed. He is content to make people suffer so he can live in luxury.

Democrats have the same drive that the Cuban dictator has. They want people to live in terror so they can live in peace. They want high prices and inflation so people can no longer afford to put food on their table. The starvation of the people would give the liberals the fake allegiance that they so badly desire.

The Cuban people bring shame upon freedom-hating Americans destroying the flag. During their marches, they waved the American flag and chanted words such as “Liberty” and “Freedom.” These words make liberals go crazy. But this picture coming out of Cuba makes them hide their plan for America because they know that America will be a large version of the Cuban people once they have it in place.

But anyone that has seen the videos quickly can tell that COVID-19 has nothing to do with what they are demanding from their government. They want freedom at all costs and are willing to do anything to get it.

The Democratic nutjobs such as Alexandria Ocasio-Cortez and crazy Bernie Sanders have fallen off the face of the map. Even Joe Biden is quiet because all three of them secretly support the communist dictator. They cannot come out and voice their support because it will mean the end of their sad political career.

One report had noted that Bernie Sanders Sanders “vacationed in Cuba and has praised the Cuban revolution saying he was excited to watch Dictator Fidel Castro’ rising up against the ugly rich people.’ Sen. Sanders praised Communist Cuba’s ‘value system’ while he was mayor of Burlington and even visited Cuba to meet with the dictator in 1989.”

These are the very people who sit in political seats in Washington, secretly supporting the horrors of dictatorships worldwide. They would love to throw their lot in with them, and vacation with them, much like Bernie Sanders has done for most of his career.

Sanders and his girlfriend supporters make light of the abuses under socialist rule. The staunch support that AOC gave Sanders is a precise, loving moment for the two. She worships at his stinky feet because she sees him as the best hope for getting her socialist plan pushed on Americans. But that was before she had to settle for Jos Biden.

The liberals need the media to silence the truth about the Cuban protests because they are the perfect picture of where they want to take America. Their only hope is that they have successfully silenced the truth and the brainwashing of the younger generation holds.