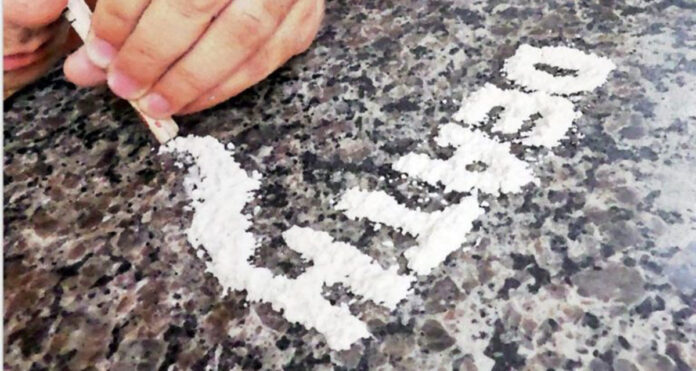 A day doesn’t go by where China isn’t actively waging war against the United States.

China is hacking private businesses and stealing intellectual property. China is infiltrating top American universities and siphoning off research and development sponsored by the U.S. federal government and paid for by American taxpayers. And, of course, China also exports deadly viruses such as COVID-19, failing to warn the world and letting the virus kill millions and wreak havoc on economies around the world.

Well before the deadly COVID-19 virus outbreak in the U.S. and around the world, however, there was a different epidemic ravaging the American homeland that over the course of a decade has killed hundreds of thousands of American citizens: opioids.

The opioid epidemic was the raging killer in America before COVID-19 came to the fore. Deaths from COVID-19 surpassed 46,000 deaths in April – with total deaths now pushing 500,000 total in the U.S. (by comparison, the American Cancer Society estimates that cancer will kill about 606,000 Americans in 2020).

While the opioid overdose crisis started with the criminal and reckless overprescription of highly addictive painkiller opioid medicines such as OxyContin, Vicodin, codeine – in recent years the even deadlier drug fentanyl, a synthetic opioid approved for treating severe pain such as in cases of advanced cancer pain, has contributed to a surge on top of the already surging overdose deaths in the U.S.

China is responsible for 90-percent of the world’s supply of fentanyl. According to the U.S. Drug Enforcement Agency, almost all fentanyl that comes to the U.S. is produced in China.

Fentanyl can be 100 times stronger than opioid prescription pills.

Mass quantities of fentanyl, made at a low-cost and highly potent, are produced in China and illegally smuggled into the United States, which has contributed to the growing U.S. opioid crisis and led to a spike in the death rate.

And just because the COVID-19 pandemic is killing scores of Americans doesn’t mean that the opioid epidemic, fueled now by fentanyl, has slowed down.

The rise of fentanyl in the United States can be traced back to China’s large chemical and pharmaceutical industries, which manufacture vast quantities of the drug. Chinese factories are banned from distributing fentanyl in China and are punished with death if caught doing so, but the Chinese communist government allows Chinese manufacturers to export the deadly drug overseas with little regulatory oversight.

“My friend President Xi said that he would stop the sale of fentanyl to the United States – this never happened and many Americans continue to die,” said President Trump in August of 2019. “We’re losing thousands of people to fentanyl.”

As if the U.S. didn’t have enough public health problems between COVID-19 and deadly opioids such as fentanyl, there is now a new exploding drug problem: methamphetamine.

Methamphetamine has plagued U.S. communities in the past, but this time it’s being made in – surprise – China and being smuggled across the southern U.S.-Mexico border.

Mexican cartels are partnering with Chinese drug dealers to bring the deadly drugs into the U.S. Even more worryingly, the drugs are being made to look like Adderall, the popular medicine for Attention Deficit Disorder (ADD).

“We know that there are organizations right now, Mexican cartels, that are manufacturing pills to look like an Adderall and mixing them with nothing but methamphetamine,” said DEA Special Agent Jon DeLena. “We know that the people that are abusing Adderall are children. So they’re specifically targeting drugs aimed at our children.”

“Fentanyl didn’t come into our communities by mistake,” continues DeLena. “We have state crime labs in places like New Hampshire that are now taking in more methamphetamine exhibits than fentanyl exhibits. That’s never happened before. But by the way, the fentanyl exhibits haven’t gone down. They’re still taking in just as much fentanyl.”

According to DeLena, “We have this new wrinkle, which is very new, which is methamphetamine and methamphetamine being produced into pills to look like something else, to hide it, you know, to get more people willing to try it.”

Parents, children, and everyone in between should be extremely cautious of this new drug infiltration into our society with deadly methamphetamine produced in pill form and made to look like a medicine a psychiatrist might prescribe you.

Parents should be extra careful to educate their kids about this deadly development, especially teenagers who aren’t known for making the best choices. Of course, you can always avoid a risky situation altogether by not doing drugs in the first place.