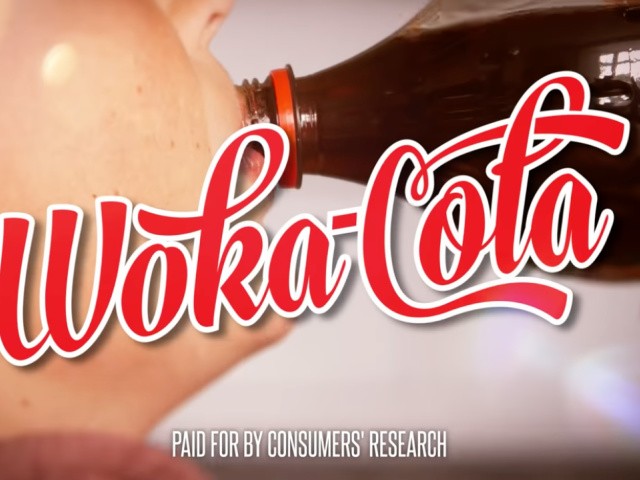 The nonprofit calls the effort ‘Woka-Cola,’ which highlights the company’s use of forced labor in China, their contributions to the obesity crisis, and other health concerns related to their product.

The digital ad is set to air both nationally and in Atlanta in addition to mobile billboards that are attached to trucks set to drive around Coca-Cola’s headquarters, its museum, and the Georgia State Capitol over the next 28 days. They also launched the website AlwaysWokaCola.com.

“Today, we are launching AlwaysWokaCola.com and the accompanying ads as a satirical reminder to Coke to focus on their consumers, not woke politicians. The company has taken its eye off the well-being of the customer,” Executive Director of Consumers’ Research Will Hild said in a statement. He explained:

[Coca-Cola’s] products continue to contribute significantly to childhood obesity, they have sourced sugar from companies in China reportedly using forced labor, and they have such poor quality control that racist directives, like ‘be less white’ are included in staff trainings. We hope the website and ad campaign will serve to amplify the voice of consumers fed up with how the company is failing them and as a warning to Coke and other companies.

Hild further said, “Any corporation who decides to distract from their misdeeds by taking radical positions on political and social issues that are unrelated to their business to garner positive praise from woke politicians and press is on notice, it’s not going to work.”

The narrator in the one-minute ad says various lines like, “at Coke, we say we’re woke,” “we sell drinks that have smoke,” and “China is our labor supplier. That drives our stock price even higher.”

Consumers’ Research will use this to continue their ongoing seven-figure campaign against American Airlines, Nike, Ticketmaster, MLB, and another Coca-Cola ad.