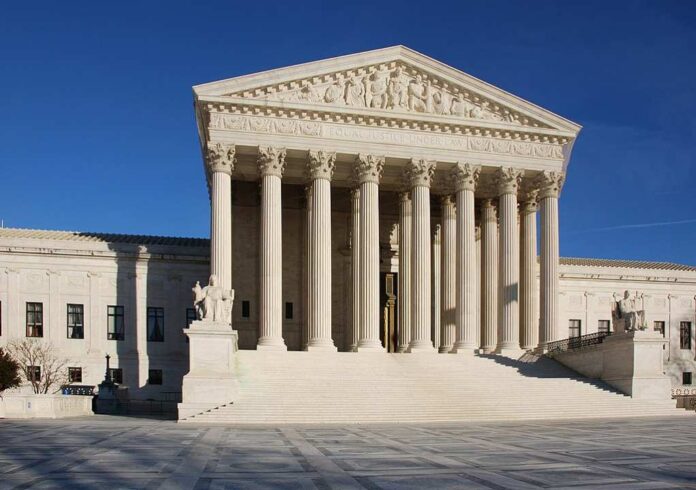 Since this pandemic hit our country over a year ago, there are a number of repercussions that no one could have scripted. One of those unbelievable outcomes is that the federal government has actually mandated to property owners that they don’t have to be paid by the tenants who rent their property.

In September of 2020, the U.S. Centers for Disease Control and Prevention (CDC) informed state courts that they could not hear eviction proceedings. The CDC unilaterally declared that private property owners had to allow non-paying renters to live rent-free until the CDC informed them differently.

The Center for Disease Control and Prevention focused on COVID-19 as justification for its unprecedented decision. The CDC, grabbing for power, quickly proclaimed that the federal agency could stop evictions at any time in the name of “fairness”—pandemic or not.

If this sounds like it is unconstitutional, it is because it is!

A federal district judge in Texas, in February of 2021, declared that the federal government lacked the constitutional authority to stop evictions.  He ordered the moratorium to be set aside. This decision came through a lawsuit filed by Southeastern Legal Foundation and Texas Public Policy Foundation on behalf of a coalition of private property owners. These owners were forced to house people for free and carry all the costs that come from owning property, like taxes and mortgages. Now there are at least three other judges who have found the eviction moratorium to be unlawful or unconstitutional.

The CDC agreed in open court that it would honor any final decisions by the Texan court, but after getting a ruling against them refused to lift the moratorium. They displayed a stubborn disrespect for the judicial process and significant abuse of power.

This federal agency thumbing their nose at the constitution is one thing, but what may shock even more people is how the United States Supreme Court has responded. The highest court in the land has allowed the CDC to continue to ignore judicial rulings that the moratorium is illegal and unconstitutional because it will expire in a few weeks anyway. The moratorium has already expired and been renewed three times, so when the Supreme Court ignores previous rulings by lower courts, that means private property owners are being deprived of their constitutional rights.

This case reached the U.S. Supreme Court on an emergency appeal after a federal judge in Washington D. C. stayed the injunction against the CDC. There were four justices, Thomas, Alito, Barrett, and Gorsuch, who voted to lift the stay and enforce federal law. They agreed to stop the CDC from its unlawful power grab. But there were five justices, Roberts, Breyer, Kagan, Sotomayor, and Kavanaugh, who refused to hold the CDC accountable.

Justice Kavanaugh, who voted with the majority, wrote a concurring opinion in which he acknowledged that the “Centers for Disease Control and Prevention exceeded its existing statutory authority by issuing a nationwide eviction moratorium.” He then added that because the moratorium is set to expire at the end of July—“only a few weeks” away—Justice Kavanaugh said it was OK to leave the moratorium in place.

That means that a Supreme Court justice acknowledged that a federal agency is violating the Constitution and federal law. But because the constitutional violation will continue for “only a few weeks,” the majority of justices do not see the urgency in striking down the agency’s action.

The CDC has been extending its moratorium for weeks and months at a time since September of last year. Each time the ban nears its expiration, the CDC renews it.

Because of this decision by the Supreme Court, landlords are left wondering what will happen if the CDC extends the moratorium at the end of July or if Congress will ratify it through official legislation.