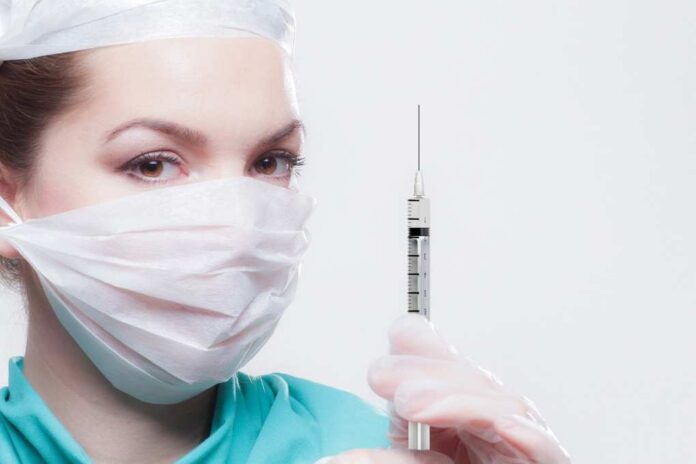 It seems that the entire world seems to be focused on equality in one way or another. While the U.S. tears itself apart from the inside as liberals insist that white people don’t view Black people as equals, the European Union is concerned with a real issue – and one that we should all be focusing on.

Not all vaccines are created equally.

Well, this is interesting. Perhaps this is why the FDA hasn’t approved the COVID-19 vaccines in the United States, yet.

This may be the biggest lie that the government has even issued to us. Right now, there are millions of people who have received vaccines – yet they may not be getting into the EU anytime soon.

Why? They’ve gotten the vaccine, so what seems to be the hold-up? It seems that EU regulators have changed some of their requirements. It’s no longer acceptable to see proof of vaccination or a negative test or proof that they have recently recovered from COVID. Some vaccines are being turned down by the EU, even though they have been approved by the World Health Organization (WHO).

WHO hasn’t been the most reliable source of health information recently. That’s become obvious as they’ve tried to side with China and help them cover up the origins of the virus. SO, when they approve vaccines, it’s hard to get excited about it.

According to one couple, Dr. Ifeanyi Nsofor and his wife, they received the AstraZeneca vaccine while in Nigeria. However, it was produced in India, which means they’re not getting approved to travel into Europe. The EU helped to fund COVAX yet they’re discriminating against it. Nsofor believes “This will just give room to all kinds of conspiracy theories that the vaccines we’re getting in Africa are not as good as the ones they have for themselves in the West.”

COVAX is the global vaccination program launched by the WHO. It has ensured that rich countries have been able to serve as vaccine donors to developing nations to ensure that the world as a whole can work to stop the pandemic.

Only WHO investigators have seen the factory where AstraZeneca has been produced in India. Therefore, until EU regulators visit for themselves, they won’t provide the approval for vaccine passports.

Is this racist? Should the EU be bending to WHO standards?

Dr. Mesfin Teklu Tessema, the director of health for the International Rescue Committee, has said that “there’s an element of racism” if vaccines have been met by the WHO threshold yet the EU won’t accept them.

Well, much of this comes back to whether WHO can really be trusted. They were quick to say that China wasn’t responsible for creating COVID. And, they may be a bit too quick to approve just any vaccine.

Right now, the EU will only accept a handful of vaccine manufacturers for their passports – Moderna, Pfizer, Johnson & Johnson, and AstraZeneca made in Europe. This means that many of the vaccines supplied by COVAX, including those produced in China and Russia, fail to make the cut.

As a spokesman for the EU said, “we are not trying to create any doubts about this vaccine.”

The reality is that there are simply too many variants and too many doubts about the vaccines already. The EU is erring on the side of caution, not being racist. When the best scientists and epidemiologists are involved in this decision, it’s hardly about race. Perhaps the U.S. could learn a thing or two from this – make it about science instead of it always being political.