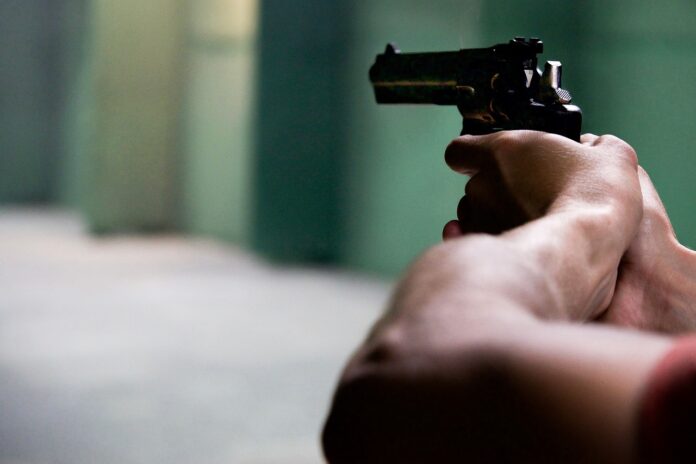 The so-called liberal experts take to the airways and talk about guns like they are the final authority. Mark Levine gave his two cents worth and made a fool of himself because he obviously did not know what a gun was until he saw one for the first time.

The Democrats threaten to take guns from people. The only thing they are waiting for is the legal backing, so they have something to justify their weapons’ confiscation. And once they bring the lying media into the picture, the world would think that every single American is waiting in line for the government to take their weapons.

The truth of the issue is that a very small amount of people actually support the liberal’s idea. And now that the crazy liberal sits in the White House, states are getting themselves ready for an assault on the Constitution.

One writer by the name of Jennifer O’Connell stated that “The states must use all measures to hold the line on 2A.” Referring to the right of every American to own a gun if they so desire.

Strikingly, one state is taking control of the issue and doing precisely what O’Connell has written about. The state of Missouri has a little county that is protecting its people. Newton County passes what is known as The Second Amendment Preservation Act of Newton County.

The law states that “All federal acts, laws, orders, rules and regulations passed by the Federal government and specifically any Presidential Administration whether past, present or future, which infringe on the people’s right to keep and bear arms as guaranteed by the Second Amendment to the United States and Article 1, Section 23 of the Missouri Constitution shall be invalid in the county, shall not be recognized by this county, and specifically rejected by this county, and shall be considered null and void and of no effect in this county.”

Newton County leaders are making it clear that no federal law is going to be legal if it takes away the right to bear arms. Any federal agent that shows up to take away their weapons is to find out what the back of the police car looks like.

The county stated that “Any and all federal agents trying to enforce the regulations listed in Section (1) shall be subject to arrest by the Sheriff’s department.” The county sheriff will have the right to put any Biden-loving, freedom stealing agent in handcuffs.

Joe Biden may think he has the right to tell people what to do, but he will find out that the states will have the final say. The state of Missouri’s Constitution even stresses that a person has a right to keep their guns, and the state will defend those rights should anyone, like Biden, try and take them away.

The state of Missouri has joined the long line of other states that are protecting their people. Florida and Texas snub their noses at Biden when threatened to mandate masks nationwide. DeSantis made it clear that Floridians would never bow to such insane attempts to control people by force.

Newton County is taking a significant lead on the issue of gun ownership. No number of threats from Biden or any other liberal body is going to force people to do what they do not want to do. Joe Biden can try and force people to bow to his wishes, but some people and states are going to stand up to him, and they will do what is right for the good of the country.