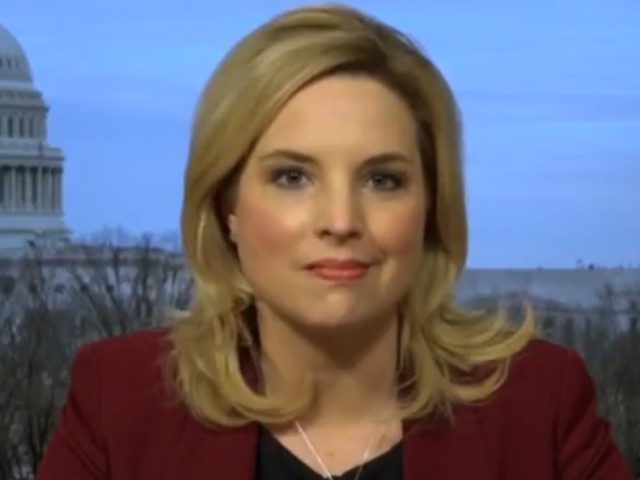 “Republicans have a ton of momentum going into the midterms. We aren’t slowing down, and we are going to take back the House in 2022,” Hinson said. “It’s our job to prosecute the destructive policies that are coming out of the administration right now, which are higher taxes, more government spending and control, and open borders as well.”

Iowa has long played a role in making — or breaking — presidential campaigns, as its primary comes first in the election cycle. Hinson, who represents Iowa’s first congressional district, said when gaging the temperature on the ground, things are not looking good for candidates in blue.

“I do know that Iowans are sick, absolutely sick, of the leftist agenda coming out of the Biden administration and Congress right now. We’re going to take back the House in 2022, the Senate, and then the White House in 2024,” she said.

Among Iowans’ concerns are inflation, immigration, and Critical Race Theory, according to Hinson, who is up for reelection in 2022. All are issues which Republicans largely view as a part of Democrats’ failed, lefitst experiment.

On inflation, Hinson said the last time gas prices were this high, her 8-year-old was in diapers. She said even though prices are skyrocketing, Democrats are doubling down on the big spending agenda that contributed to inflation in the first place.

“We started sounding the alarm on this spending spigot months ago. When you look at the big infusion of cash — money the government doesn’t have for priorities Iowans and Americans don’t want — that’s exactly what’s contributing to this rising inflation — the highest rate we’re seeing in 13 years,” she said. “Inflation is a tax on working families.”

“I represent Cedar Rapids, Iowa. It’s the biggest city in my district. The number of migrants illegally who crossed the border in June is more than 50,000 more people in just one month than the entire population of Cedar Rapids,” she said, noting that drug cartels are heavily benefiting under Biden’s near-open border policy.

Hinson herself recently visited the unfinished border wall along the Texas/Mexico line and said the country must return to Trump’s border policies “because they worked.”

“Democrats moved to slash the funding for ICE and CBP instead of increasing it at a time when they are calling out for that help to make sure our border is safe and secure,” she said.

Hinson also said Iowa parents she has spoken to are not at all in favor of Critical Race Theory. The theory, which holds that the United States is racist by design, because its Constitution and all of its other institutions emerged in a context where slavery was legal, has seeped into many of America’s largest institutions.

Hinson said while she is not opposed to having constructive conservations about how to address the country’s past, Critical Race Theory is not the best way to teach history.

“We need to be looking at solutions for our classrooms that respect parents’ wishes. Every parent that I’ve talked to believes critical race theory takes us in the wrong direction,” she said.

Republicans need to pick up five seats to regain control of the House in 2022. Recent polling results favor that outcome, some citing poor public opinion of Democrats’ handling of immigration, crime, and other key issues as the potential catalyst for change.