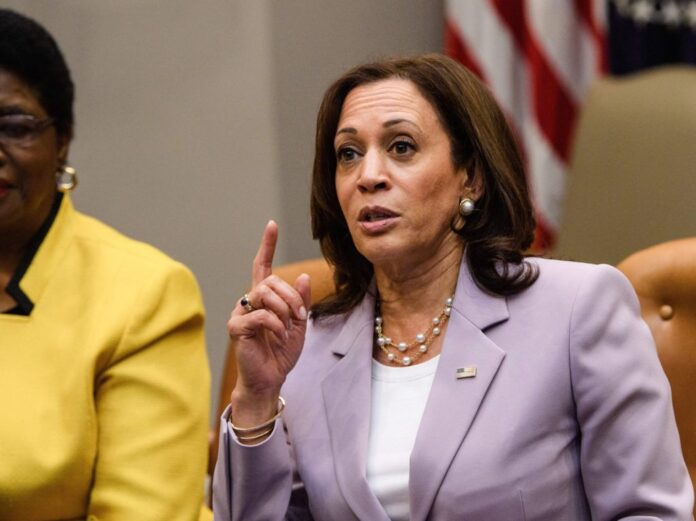 The vice president’s Chief Spokesperson Symone Sanders said in a statement to reporters “it was determined the Vice President and her staff present at the meeting were not at risk of exposure because they were not in close contact with those who tested positive and therefore do not need to be tested or quarantined.”

Harris met with Democrats members of Texas state legislatures on Tuesday after they fled the state to protest election security laws, including two of them who later tested positive for the virus.

“Defending the right of the American people to vote is American as apple pie,” she said to applause.

The meeting took place at the American Federation of Teachers building near the Capitol building,

Three Democrat members tested positive for the virus, the Texas State House Democratic Caucus confirmed Saturday after the trip, even though they were fully vaccinated.

The Texas Democrats took a private jet to Washington, DC, to highlight their protest and were photographed not wearing masks during their trip.

But Harris and her team did not appear concerned about spreading the virus as a result of the event.

“The Vice President and her staff are fully vaccinated,” Sanders said in her statement.

Harris continued with her regular schedule after being in a room with the Democrats who later tested positive for the virus.

She appeared beside President Joe Biden on Wednesday and Thursday and also welcomed German Chancellor Angela Merkel to the White House on Thursday.

The White House did not respond to a question from Breitbart News about whether President Joe Biden had been tested as a precaution.