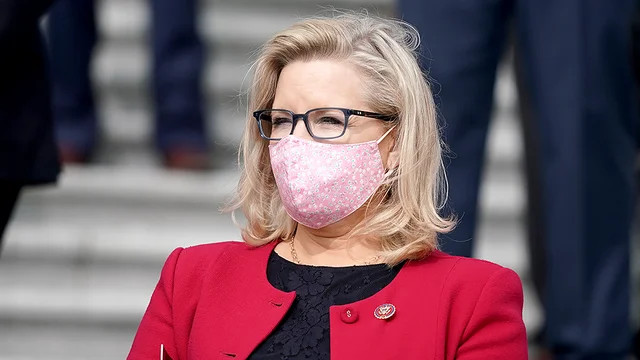 ‘America first’ isn’t a difficult concept to grasp. It means that we put our country first. What is so wrong with the U.S. prioritizing itself before any other country?

Literally every self-help book says that you have to put yourself first. After all, if you don’t take care of yourself, you won’t be able to help anyone else.

Even airlines provide the message that, in the event of an emergency, you’re supposed to secure your own air mask before helping others with theirs.

You put yourself first. It’s simply what you do.

Now, however, the concept of ‘America first’ is literally being rejected by politicians in DC.

Liz Cheney may be the House Republican Conference Chair but, let’s face it, she’s hardly a real member of the GOP. She has made it clear that she is more of a liberal than she wants to admit. She has voted to impeach Trump and she has chosen to stand with the Democrats on countless important issues.

Now, Cheney has decided to reject the ‘America First’ foreign policy that was a part of Trump’s global agenda, calling it “dangerous isolationism.”

Recently Cheney spoke during a virtual event with the Reagan Institute. She warned that policies of isolationism were dangerous. Instead, she recommends that the U.S. take a leading role so that there’s greater push back against some of the ambitious moves of Russia and China.

The No. 3 House Republican thinks that she’s doing the country a favor. In her effort to prove that the U.S. is practicing isolationism, she warns that it’s as dangerous now as it was in 1940, keeping America out of the fight against the Nazis.

There aren’t too many who are willing to stand by Cheney at this point. She has broken with the Trump administration on a variety of policies. There were also many who wanted to remove her from her leadership role in the House when she voted to impeach Trump over the January 6 Capitol attack.

So, she’s not getting along with the Republicans.

The Democrats, though, aren’t too keen on her, either. Cheney has criticized the Biden administration for reentering various multilateral agreements that, according to her, are threatening the country’s national security interest.

Well, it’s nice to see that she cares at least a little bit about the country’s wellbeing.

Specifically, she’s concerned with the U.S. re-entering the Paris climate accords and the Iranian nuclear deal.

It’s harmful to the American economy, and we know that. Until the other countries within the agreement make larger contributions, it’s a money pit to the U.S.

Although she is eager to keep the U.S. out of various agreements that are dangerous to the economy and to national security, she still wants to see the country take the lead in order to keep global politics in order.

What she doesn’t seem to grasp is that ‘America First’ isn’t isolationism. It simply means that we have to focus on our own agendas first. Only then can we worry about what’s going on with anyone else. If we don’t have our own economic health in check and our own security issues in line, we’re useless to anyone else.

However, Cheney wants the U.S. to take the lead in confronting China. And she wants bipartisan cooperation to confront Beijing, calling them “one of the greatest threats” currently facing the nation.

Hmmm, well Cheney may not realize that there are too many Dems who are eager to keep China happy.

Cheney needs to pick a side. Then, once she decides whether she’s on the right or the left, she needs to learn that America has to come first. Once America has its needs met, then there can be a focus on helping others.

Until then, some of the moves made by the Trump administration absolutely have to stay in place. After all, we cannot continue to help others while we allow our own front to crumble.